Hi, my name is Webb Starr, and this is my VR6 swapped Golf.

Looking back on this build, and where I was in my life, this car is a miracle to even exist.

I used it for time attack for 2 years and then, with the birth of my first son, I had to give it up. The car sat for a year in a half and I wanted to get back into playing with Volkswagen’s. I’ve had many dubs (11 to be exact) but I didn’t want another one, with the Golf already in my garage. 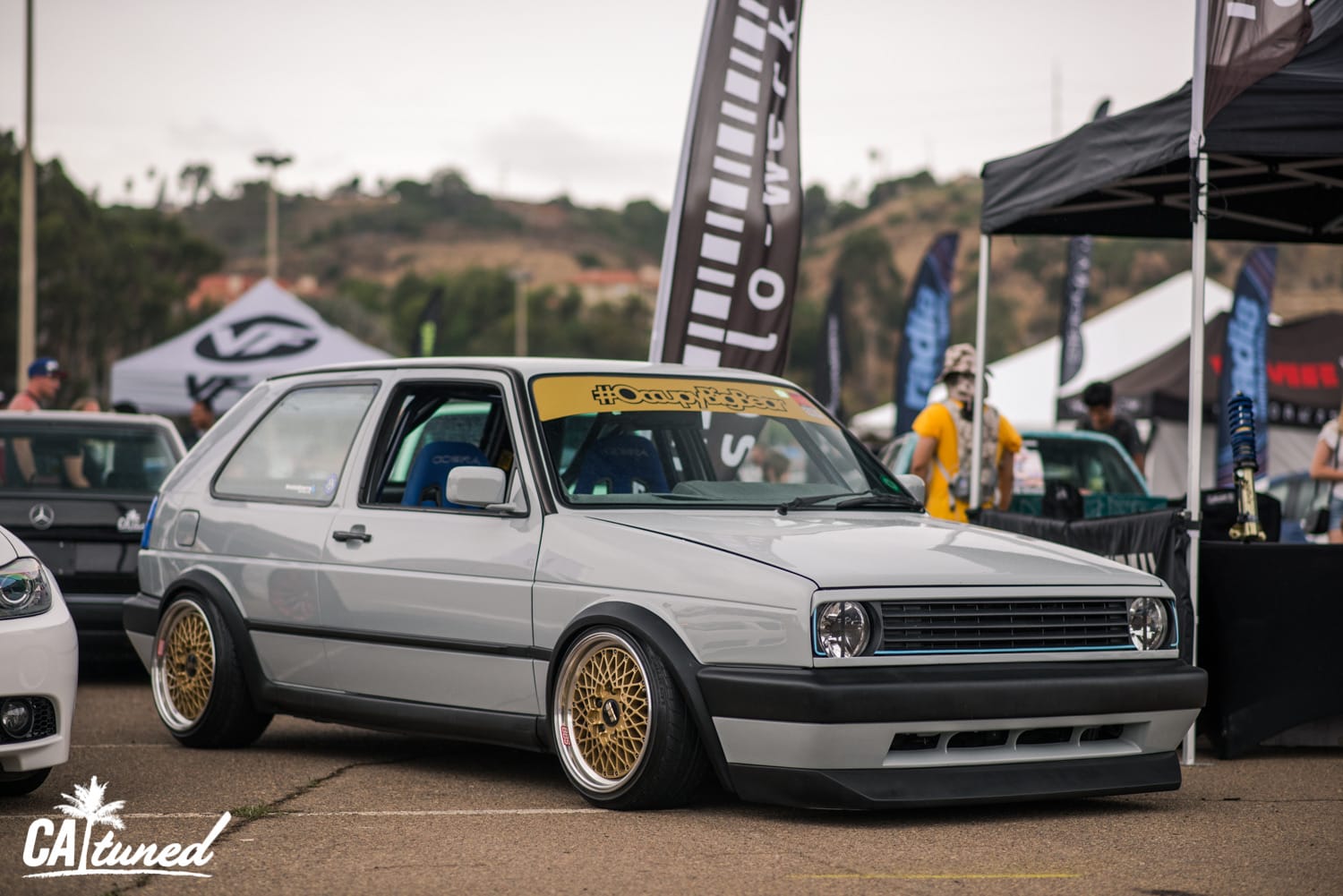 I wanted to recreate my GTI and in a theme that wasn’t common.

Motorsports is something that I love, and especially at the time with the European touring racing – so I wanted to recreate that.

I stripped the car, had a cage fanned up and welded in and with a color in mind, I got the paint code for the 20th Anniversary Blue from the local VW deal and off it went. When I picked up the car it was Indigo blue… not what I had in mind.

After that incident, I bought a wrecked 95 Mk3 Golf to do the engine swap. I had the motor torn down and rebuilt, and now that it was ready, I looked for a new color to paint the car.

I found the 2011 Porsche Sport Classic Grey, and after searching for 6 months for the paint code, I found out it was from a limited edition Porsche 997. 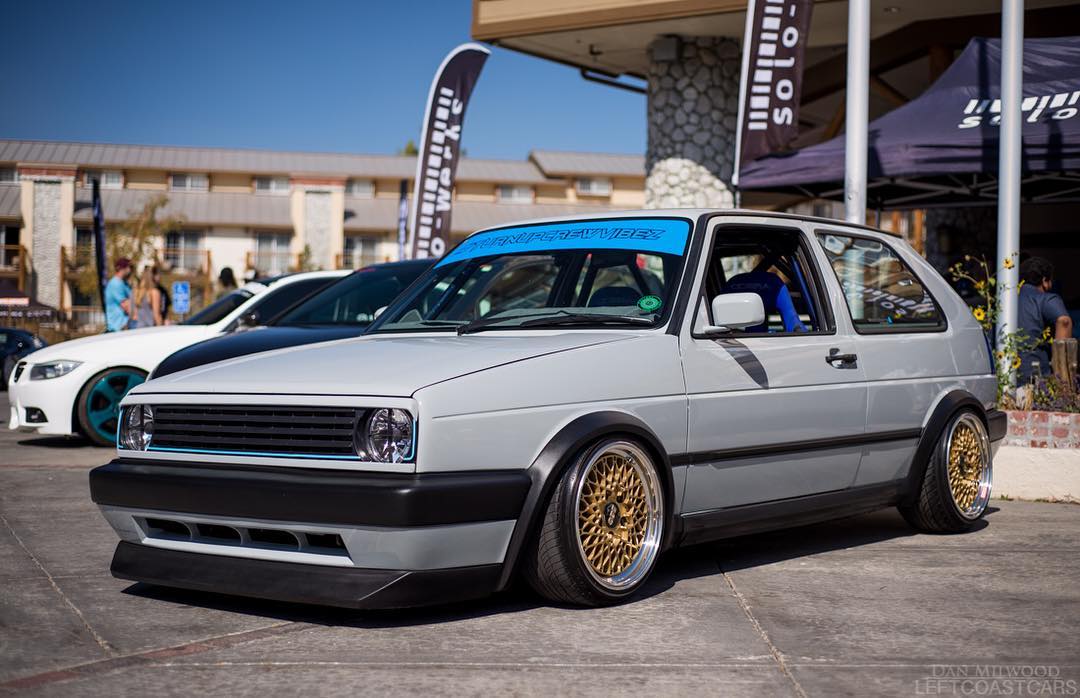 Like I said earlier, the body is painted in a Sport Classic Grey color, from a 2011 Porsche 997.

Some changes to the front of the car: the turn signals, foglight holes, license plate recess, and hood vents were all removed/shaved, as well as the side markers, the driver’s side wiper and the antenna. 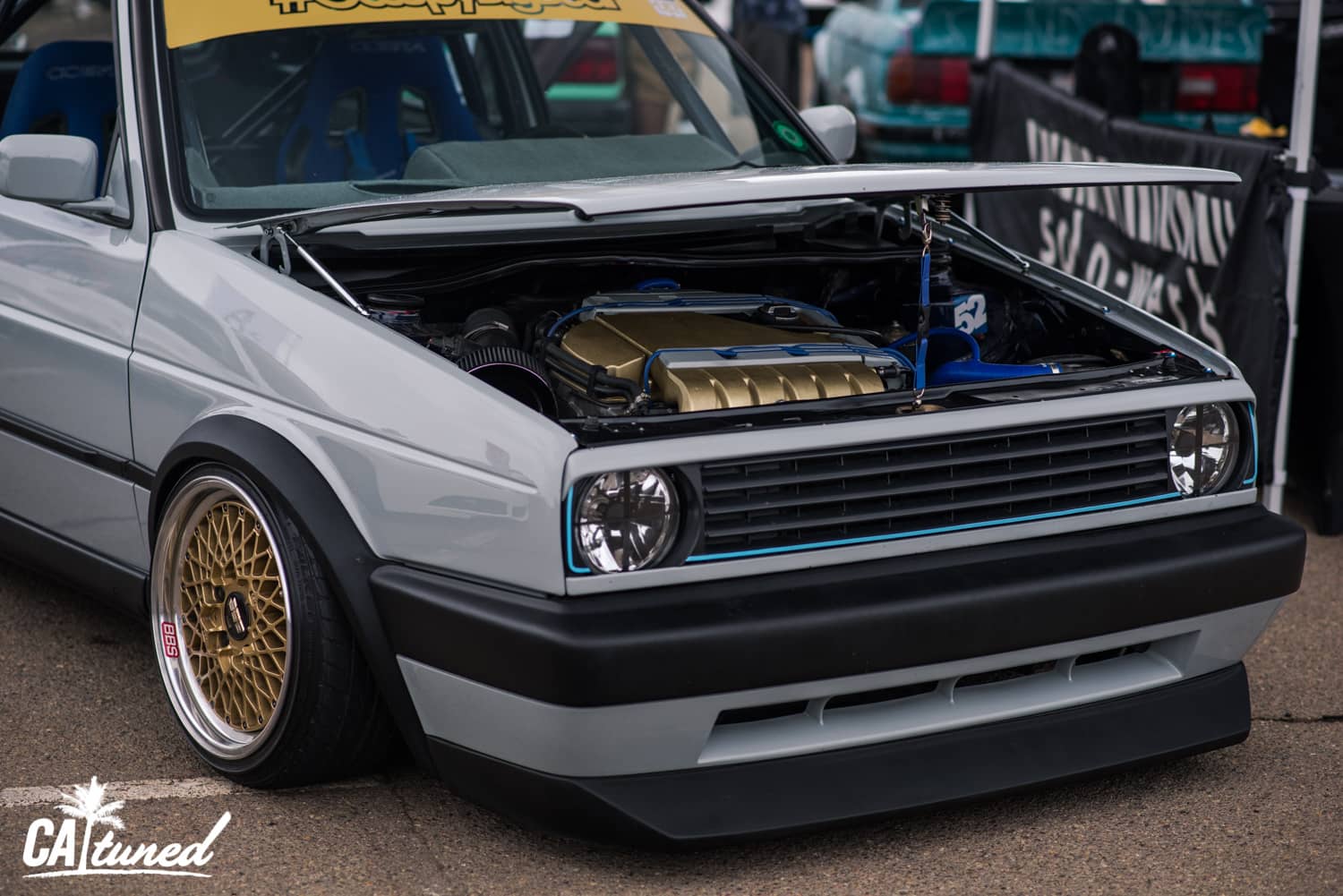 It has an ABD Racing grill spoiler and an Aero lower grill piece, together with a badgeless grill. The rear hatch belongs to an ’86 Golf without the 3rd stop light, and the windshield comes from a Jetta so that there is no rearview mirror mount. 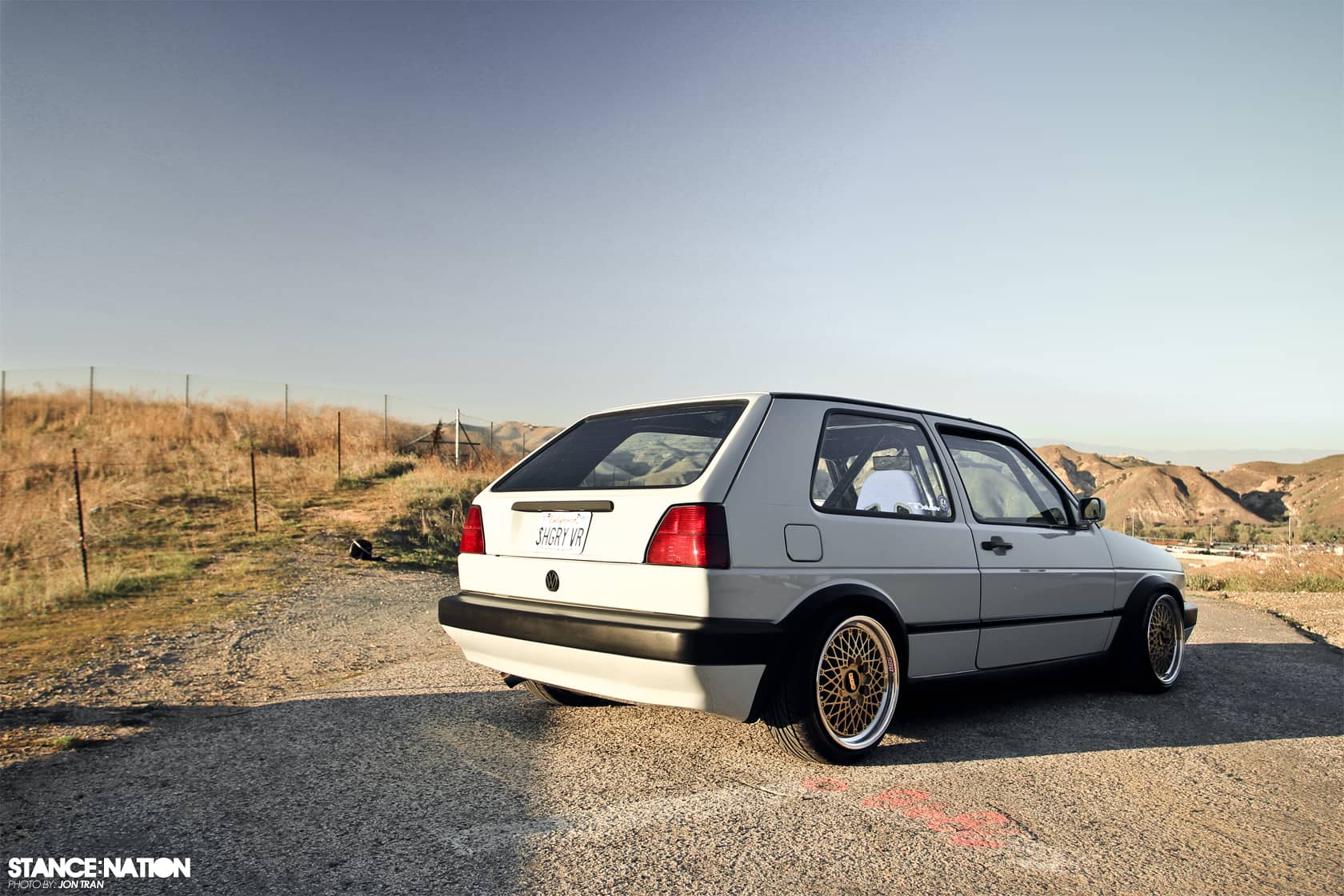 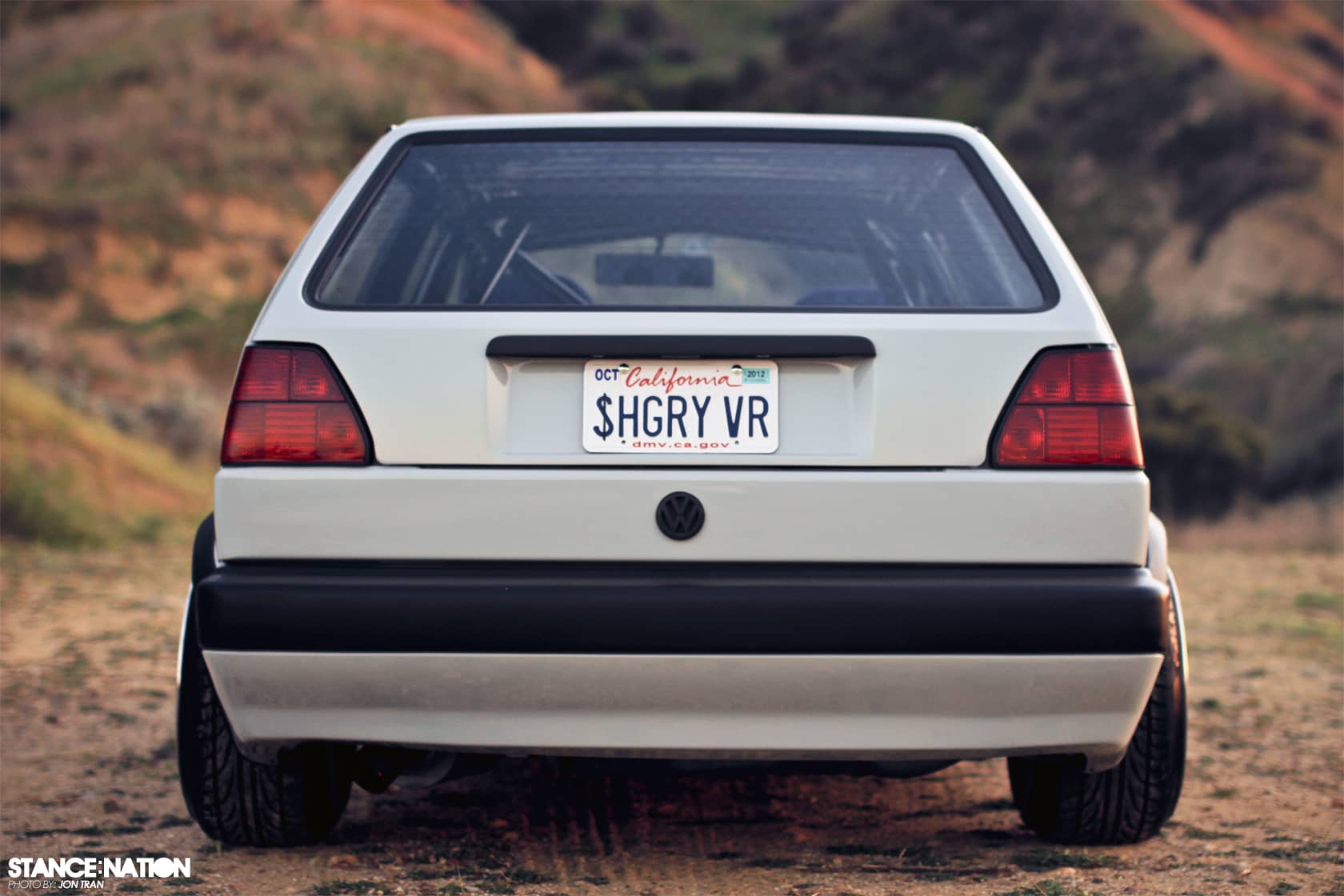 On the back, the rear wiper, squirt nozzle, and the keyhole and some other small stuff was shaved.

Oh, and a set of Hella Blue tail lights were recently added, and also a Voomeran chin spoiler. 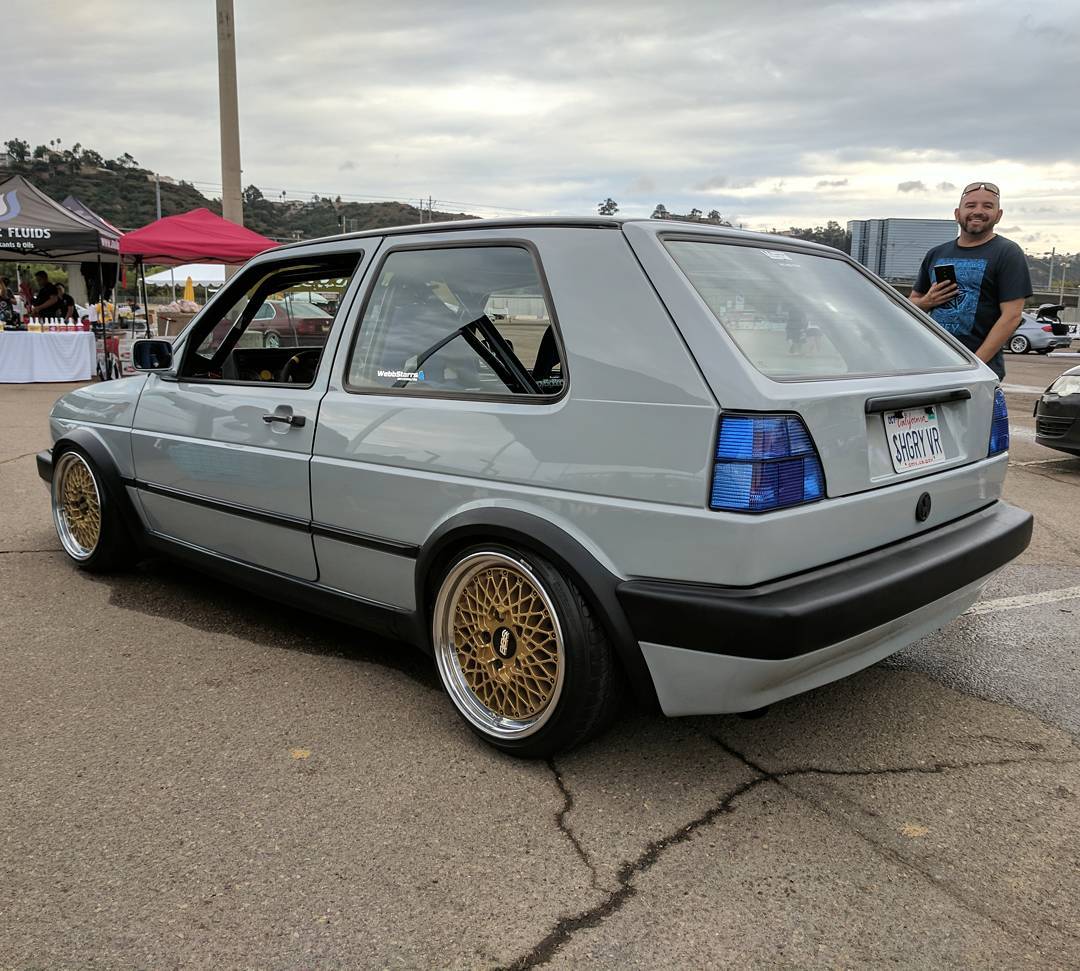 It’s running a VR6 from a 95 Mk3 Golf, with a Techtonics chip installed, Unorthodox pulleys, and a WhanAB billet aluminum dip stick. 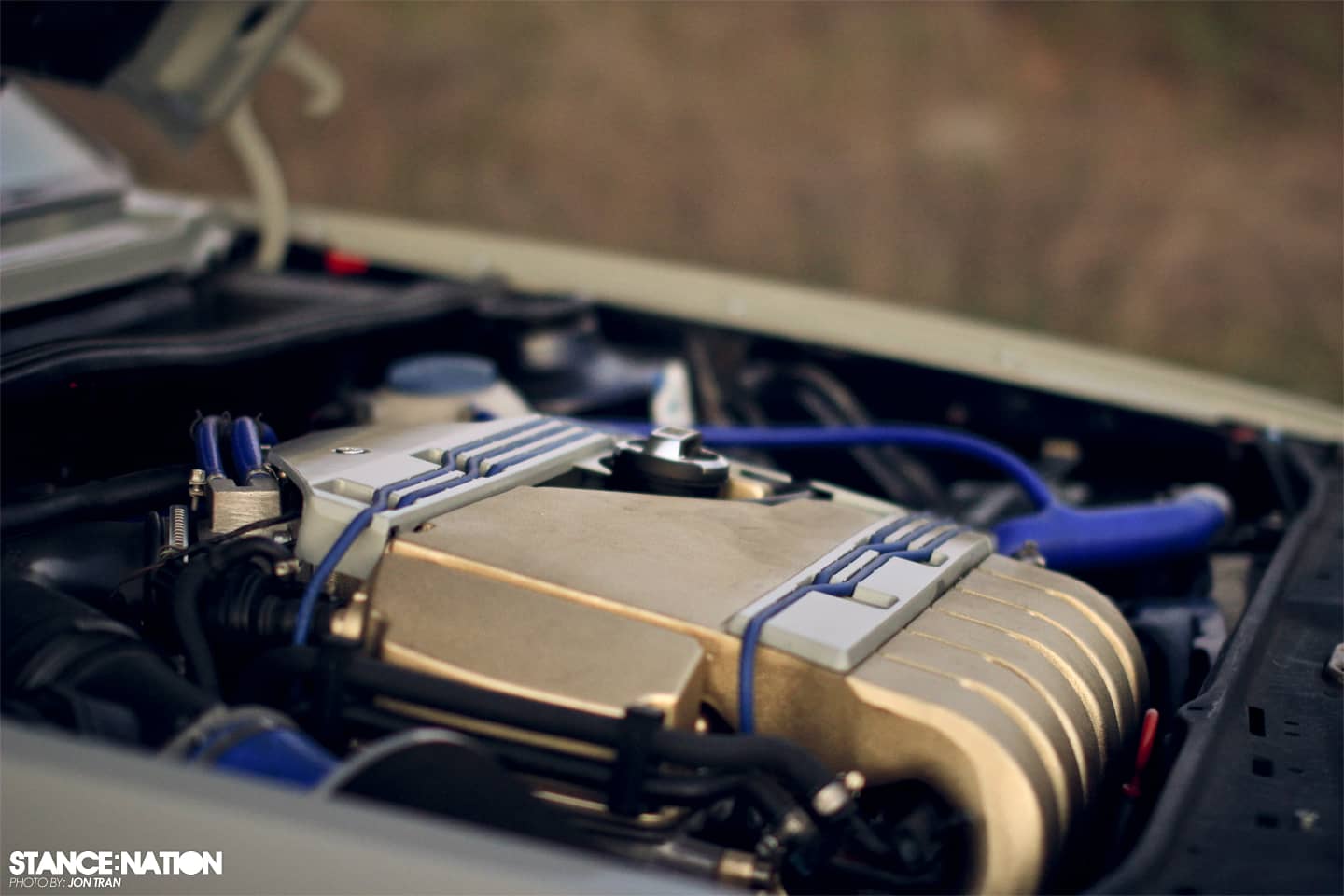 The exhaust is custom made (2.75″), with a 3″ stainless steel turn down, ending with a Magnaflow muffler.

The car has a set of FK Silverline coilovers, a Neuspeed rear sway bar, and a custom rear tie bar. 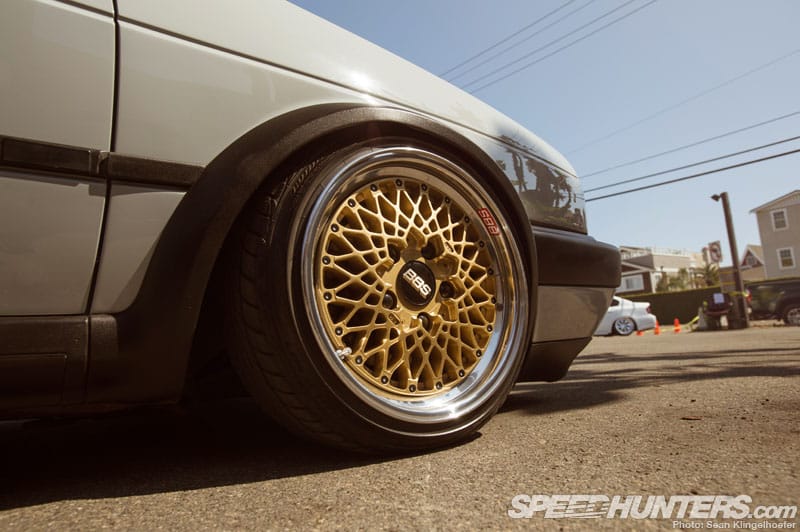 It was converted from 4 to 5 lug bolt, and in the front the G60 calipers were installed and painted in the same gold color as the BBS’s. In the back, the drum brakes were swapped for a set of ABD Racing cross drilled rotors (which were also used in the front). The steel braided brake lines are from ABD as well.

How is it inside?

Going inside the car we can spot the custom 6-point roll-cage, the Cobra Monaco racing seats along the the 5-point Crow Racing harnesses. 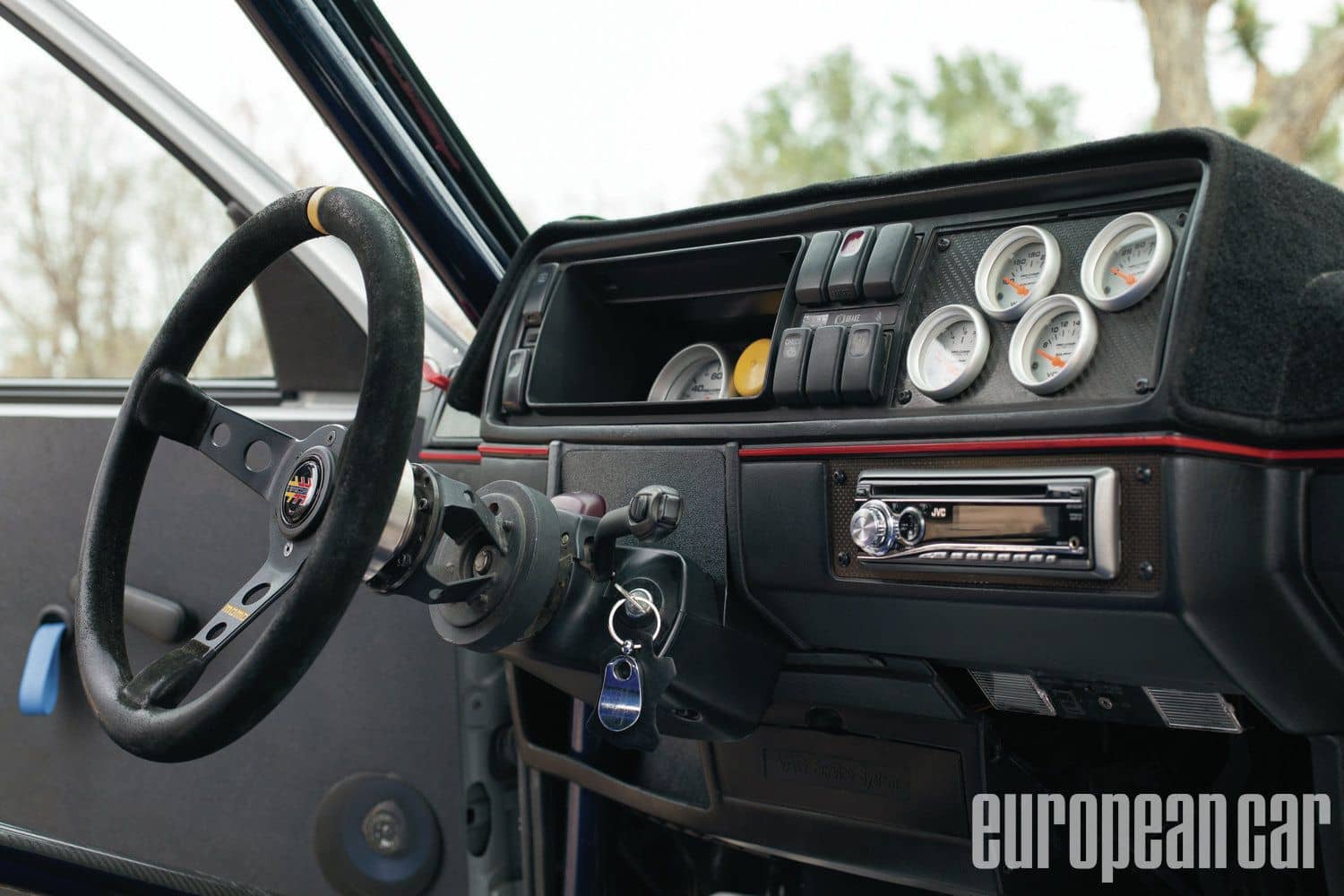 There’s also the Momo steering wheel, a 5″ Speedo and Tach from Autometer’s Pro-Comp series and of course the 3/8″ gauges for the water temp, oil pressure, fuel pressure and the voltmeter. 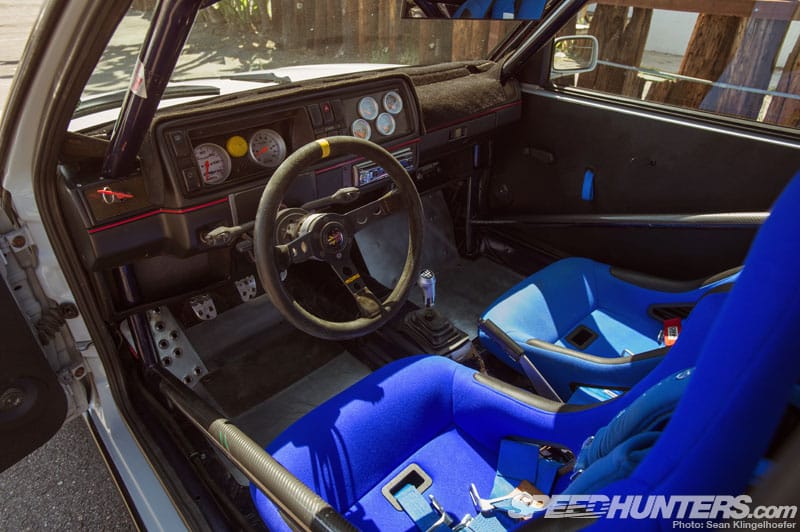 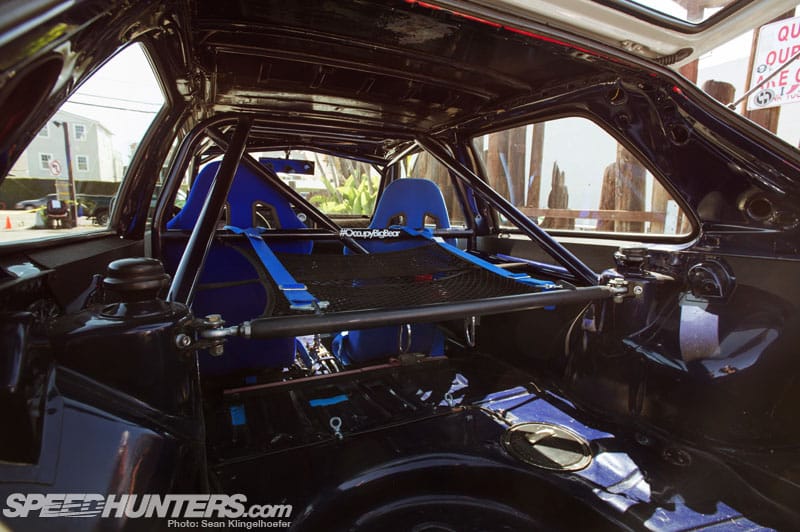 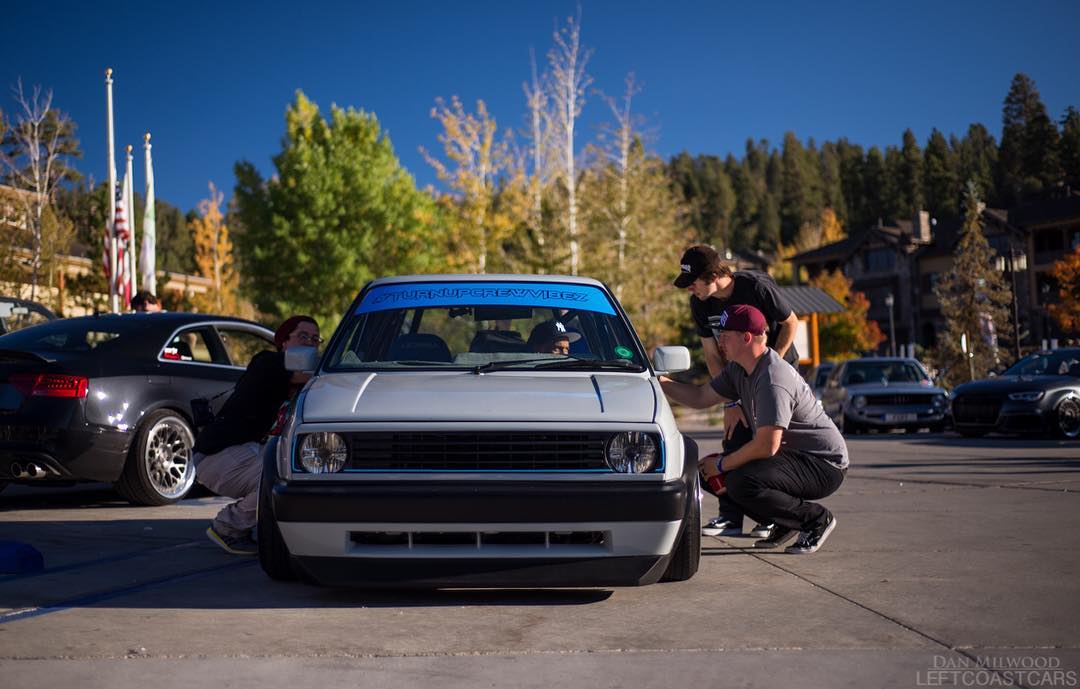 I say that to say this: Money HunGREY is now retired from shows except for Occupy Big Bear that we help with.

This one was a little special for me, as it was probably one of the first Golf projects I saw, and it motivated me to get my own Golf! Huge thank you to Webb for his help to get this feature done.

A superb build with countless mods and mad atention to detail.