I was not meant to own this car as I had saved my money to buy a 6 speed Volkswagen Lupo GTI. In 2007 I had my heart set on an anthracite blue 6-speed GTI but the owner selling was very unrealistic with the price. At the time it was the only one for sale and he wouldn’t budge on the price. I was scouring eBay one night and this local gold Mk2 Golf appeared. As I read through the description and looked through the photos, I just knew I had to have it. Agreed to view the Golf the next day and bought it there and then.

Let’s start from the exterior I’ve had the front wiper blanking grommet smoothed, rear washer jet and wiper smoothed and the radio antenna as well. I also added the GL chrome trim on all the windows and fitted the chrome trim 7 slat grill. 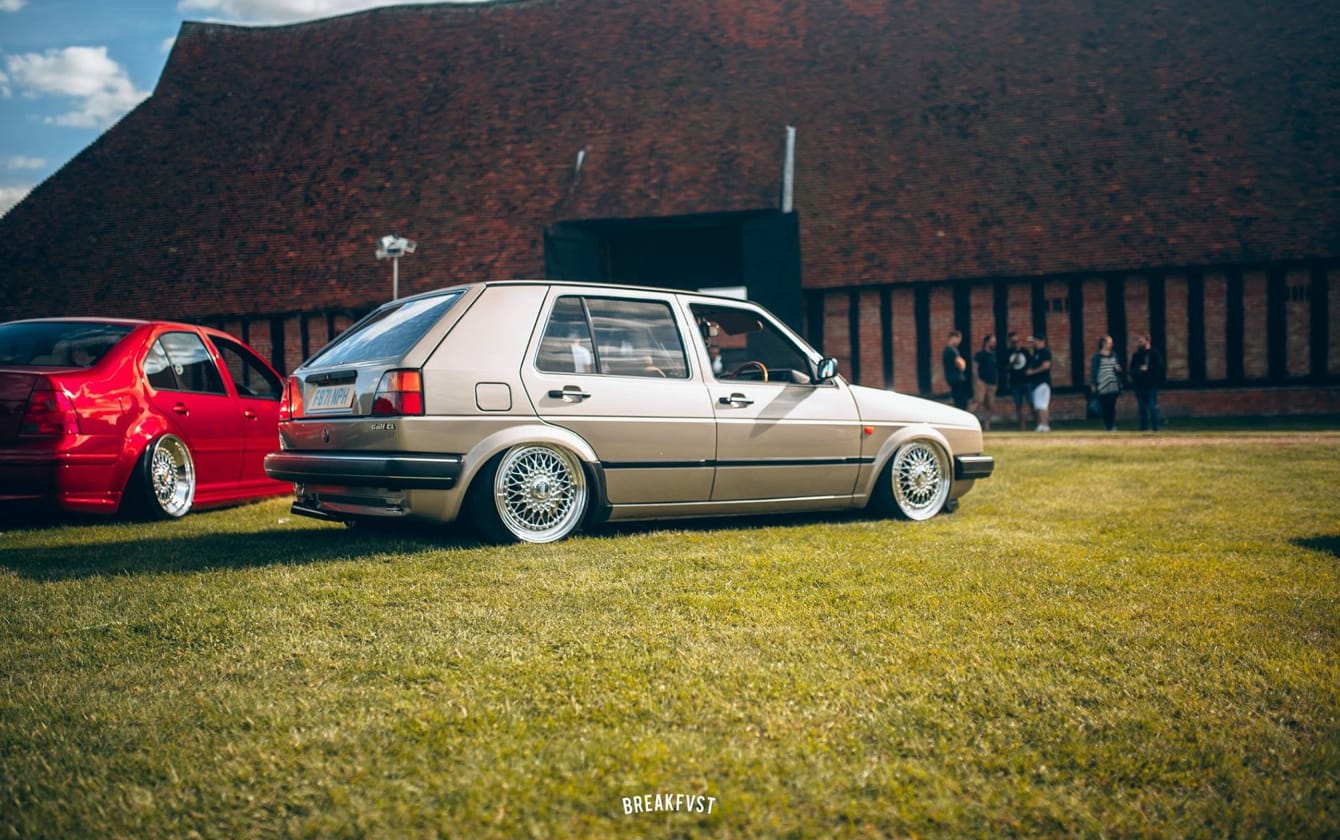 It had a full respray in its original color, Polar Silver. And then I added the early door rub strips but kept the late arch spats.

The car is on a bags suspensions set by OCD Air Ride with BC BR Dampers and V2 management. 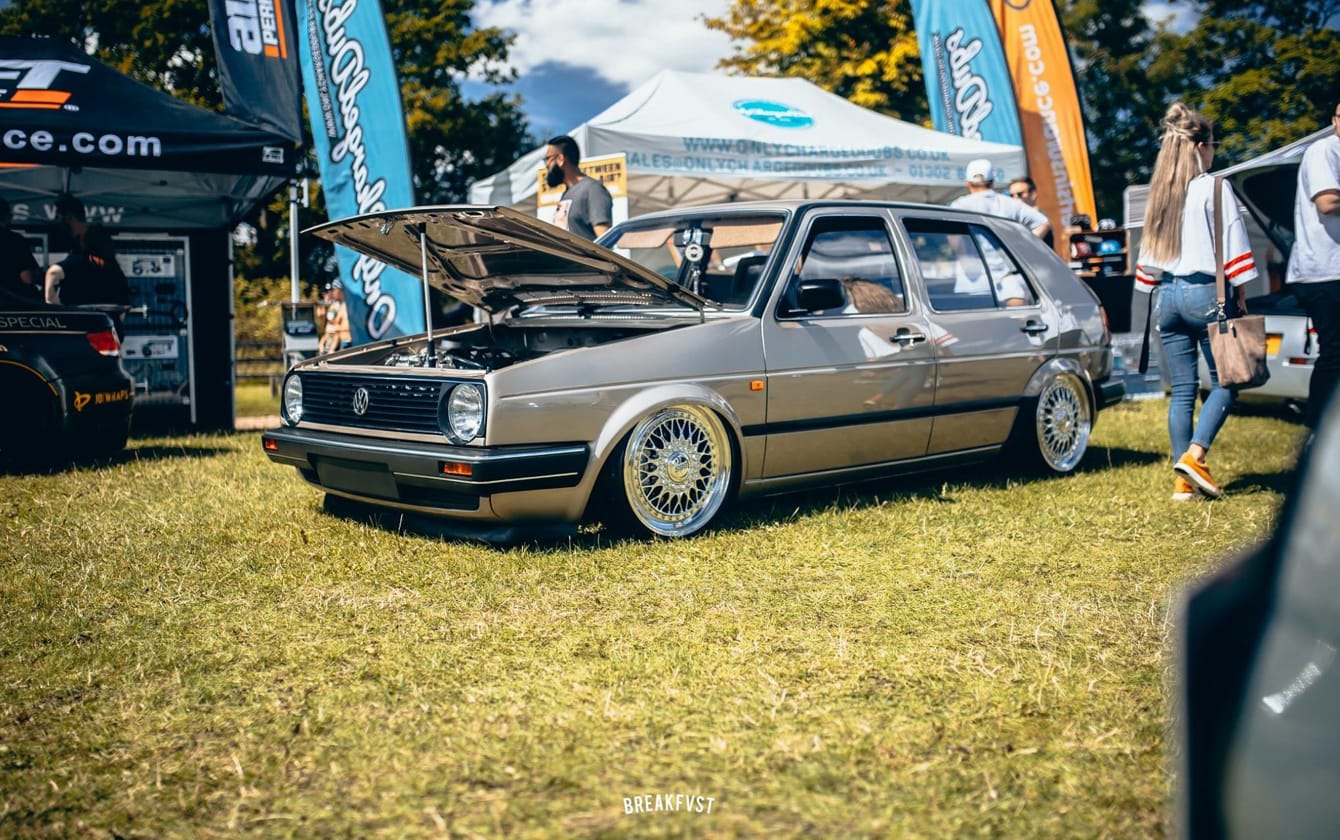 Current wheels fitted are a set of genuine 17” BBS RS, face mounted and ceramic polished. They are 17×7 and 17×7.5 and sit over Porsche 4 pot calipers front and back. 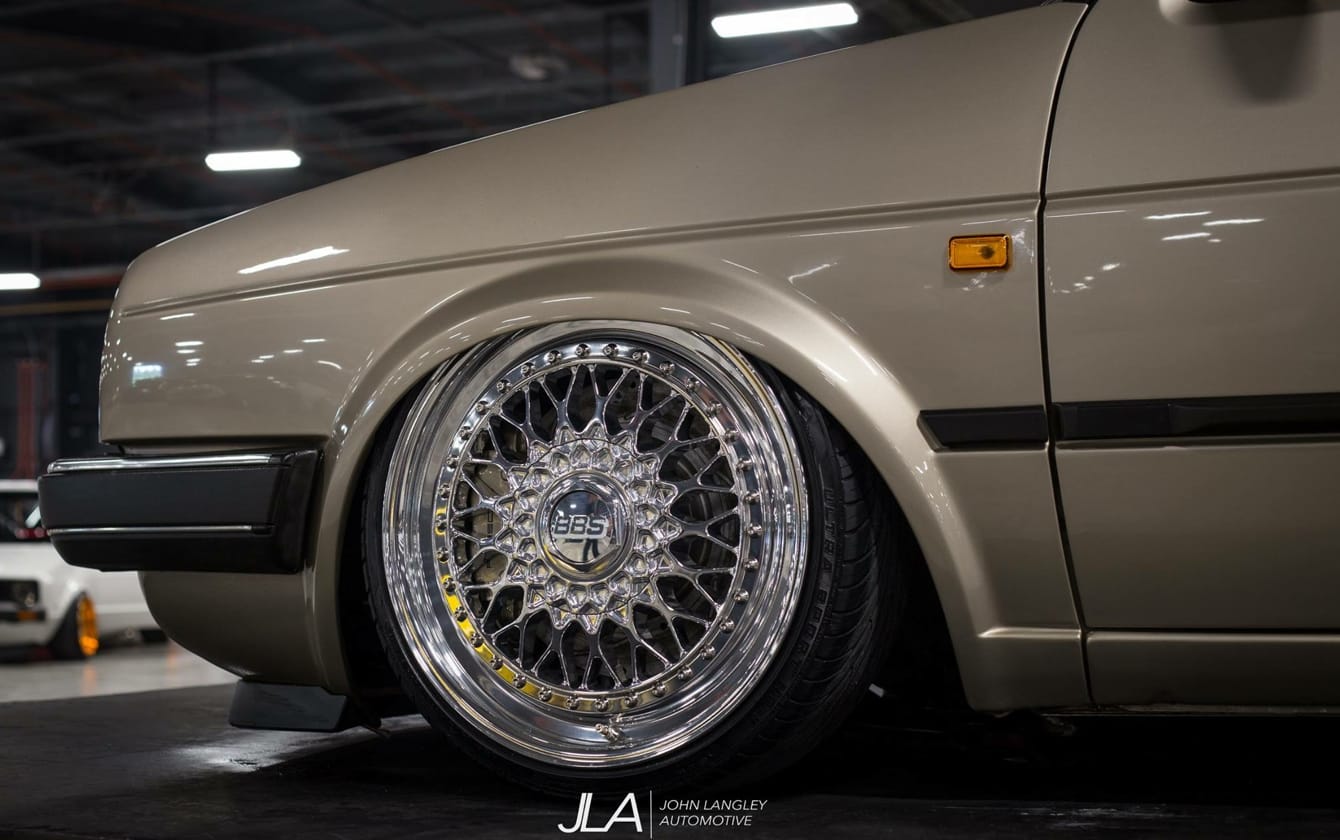 So originally the golf had a 1.6L 8v EZ code engine with an auto gearbox. It was good, fun and pokey but it looked so untidy in the engine bay.

I ripped literally everything out the bay including the rain tray, smoothed all the firewall holes and deleted pretty much all the brackets. 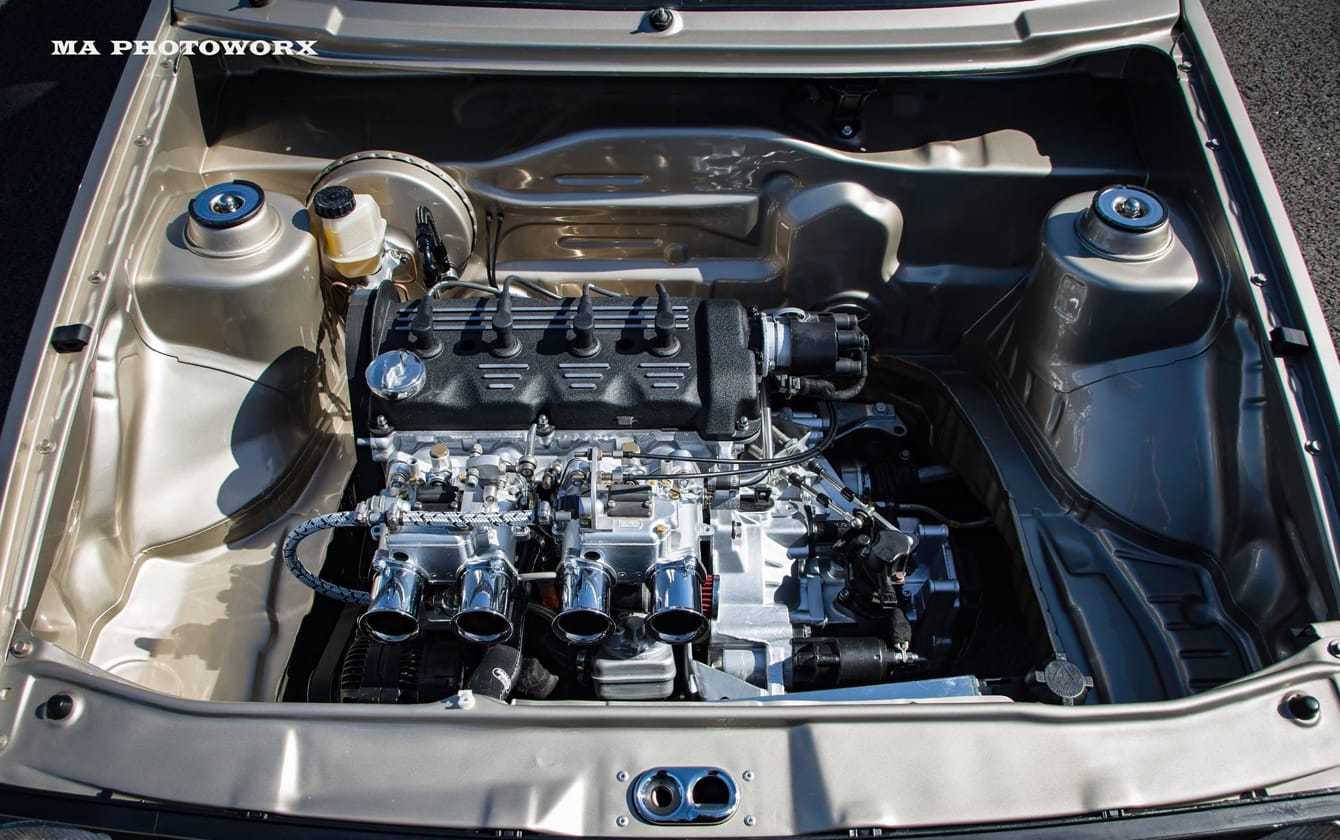 The exhaust starts with a Genuine TSR Racing manifold and then it has a custom system from then on.

It’s currently producing 183 bhp with print out to prove.

So, upfront, it has a Nardi wheel from a Maserati with its genuine horn button. The dashboard is an original brown dash, with a new chrome trim. It has an 8k RPM clock and a Porsche glove box lock. 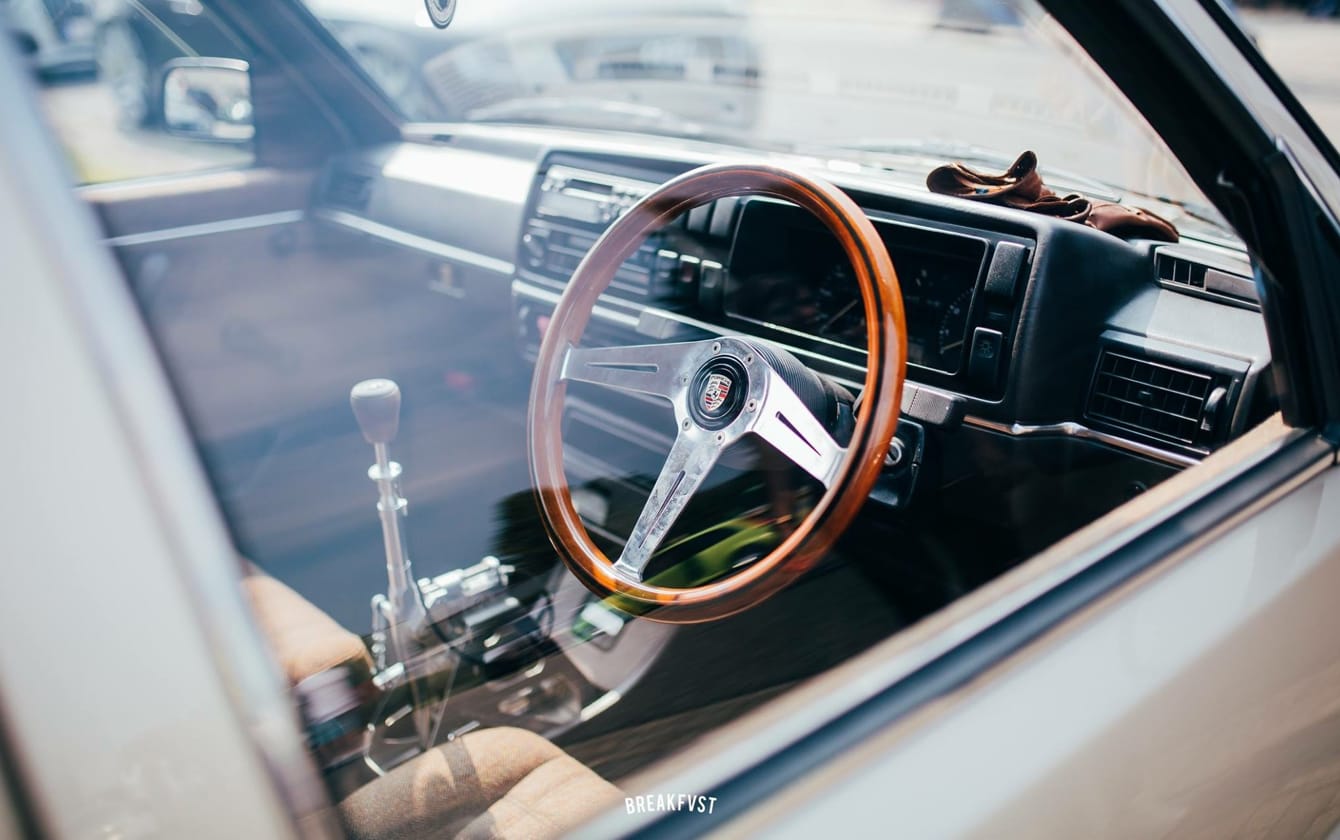 A CAE Shifter takes center pride between custom trimmed fishnet Recaro seats. I made the shifter knob with a workmate, on his wood lathe and inserted a genuine Porsche badge which was a tie pin. 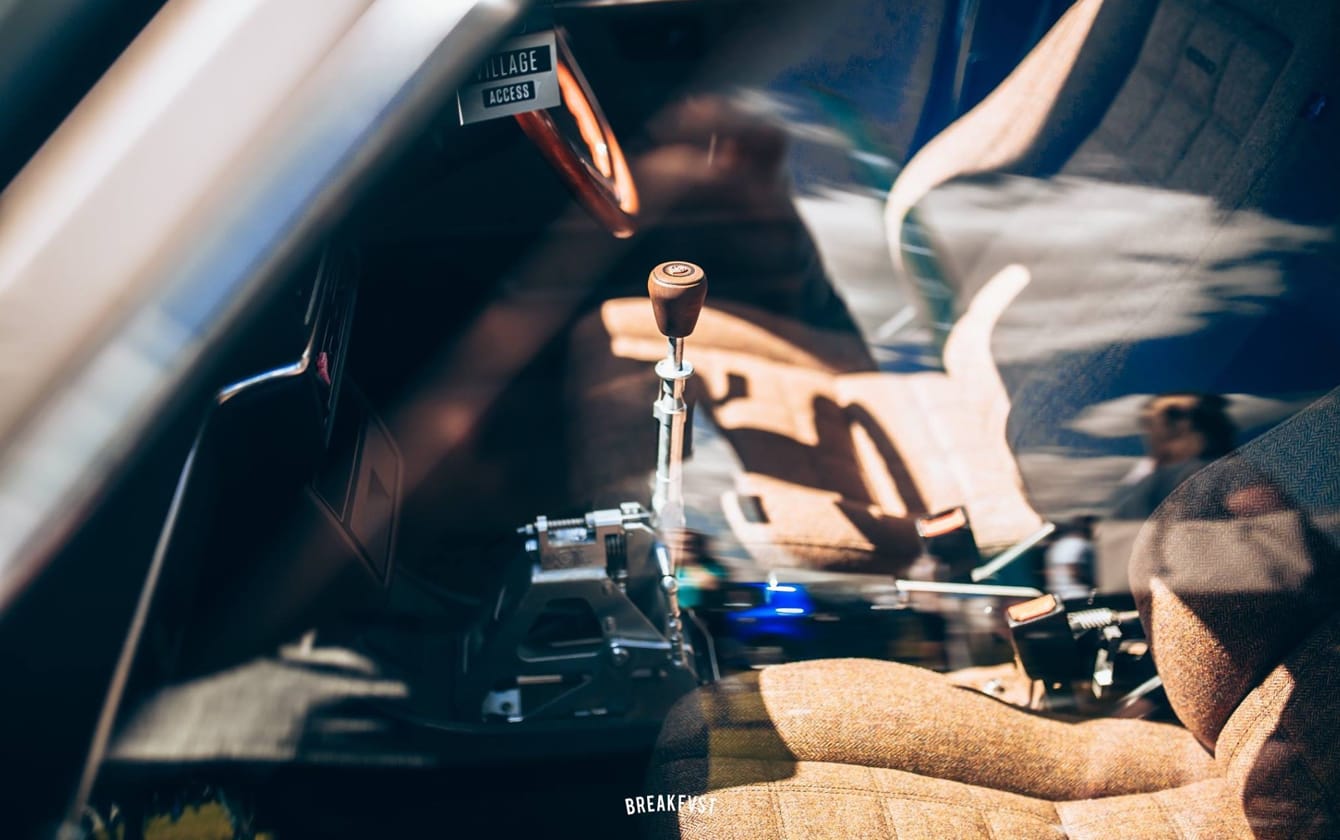 The seats are done in Kinloch Anderson Tweed and have biscuit centers, the door cards are also covered with the same tweed, as is the headliner. The interior was done by East County Customs and possibly my favorite thing about the car. 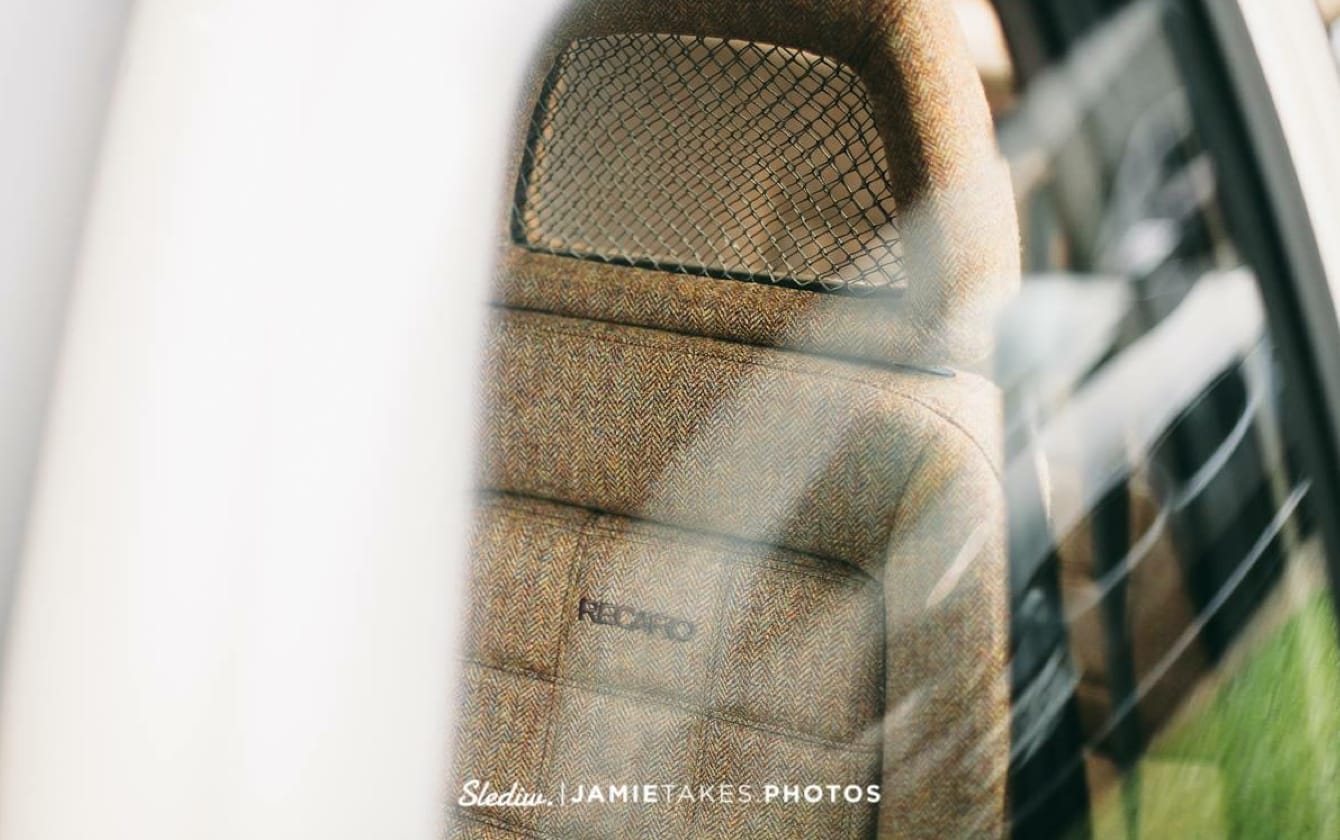 Any plans for the future?

I’m currently removing the engine and gearbox to then fit an MK3 Golf subframe and mounts, as I strongly dislike the original Mk2 rear engine mount.

After that, I hope to get out in the car more and enjoy it to its full potential!