I’m Sam and I’m originally from Devon, England but I currently live in upstate New York.

I bought my 1988 Jetta Coupe in December 2014 from a good friend of mine after always wanting a MK2 Coupe back in the UK (they were never very easy to find back home) since seeing Mike McCoy’s coupe in PVW back in 06. As soon as I got the car I already had a plan of what I wanted to do to it and how I wanted it to look, and I’ve stuck with that vision the whole time and it’s working out exactly how I planned, so as much as I’ve spent far too much money and time on it so far I still love it. As they always say, it’ll never be finished either haha.

Starting from the outside

The main part of the car I remember wanting and sticking with, even when people said it would be ugly, is the front. It has a full NOS Westmorland front with Hella de headlights that I retrofitted with Morimoto bi-xenon projectors inside to replace the originals that are as bright as a candle.

It has a set of euro black stripe bumpers, front and rear, with a Kamei x1 front lip and side skirts (I also have the rear that I haven’t got round to fitting yet) that fit with the original 8V flares.

Those Mattig cup mirrors are another cool rare part of the car that I absolutely love and always wanted along with the Metalplast hood vent and mono wiper. All the lights around the car are all genuine Hella lights, including the NOS smoked front bumper lights and smoked tails.

The front fenders/wings have been welded and shaved off the original side markers and repeaters. The rest of the body of the car is mainly original except for the work put into making the wheels fit under the arches. 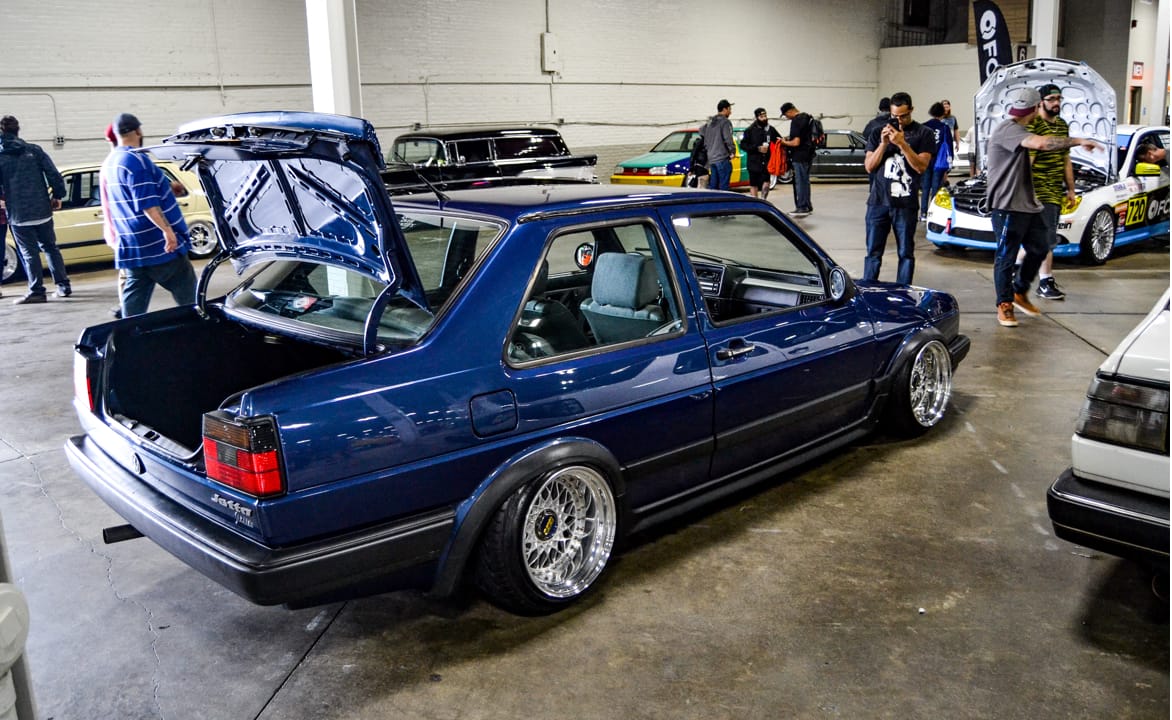 It sits on a set of BBS RS001 with 3.5” lips and 6” barrels in the front, and 4.5” lips with 5” barrels on the rear, making them 10j all round with a front offset of 0 before a 5mm spacer, and rear offset of -25. Obviously to make them fit it was quite a bit of work so I had to have the rear beam narrowed, which my good friend Tom Clark took care of. Then I had it powder coated and fitted new bushings before refitting it along with camber shims. The fronts also took a fair amount of work to fit but were definitely easier. 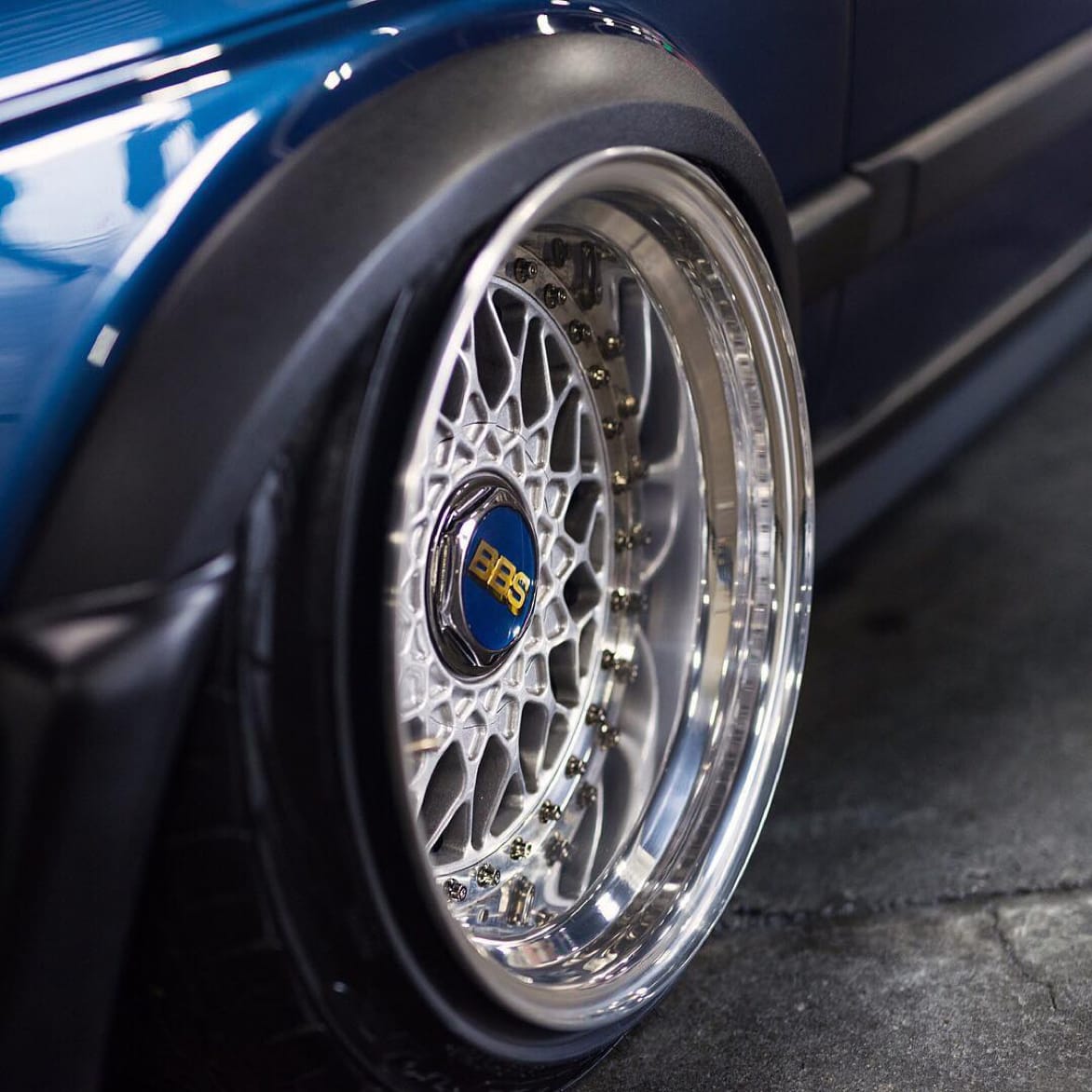 The car runs Airlift 3P management and is sitting on full adjustable Broadway pneumatic air struts all round with camber adjustable top mounts in the front with Neuspeed front and rear lower arb’s and upper strut braces.

What about the engine?

It has a Schrick valve cover with a PCV delete and a hidden catch can, aluminum top-fill radiator powder-coated in black, and a G60 inlet manifold. It also has a Neuspeed short shifter and a Neuspeed weighted shift rod. I’ve thought about changing the engine for something else so many times but it’s a really fun car as it is, so it’ll be staying and having a nice shaved bay soon when I can bring myself to pick up my tools again.

The inside of the car is actually still very original. Because the car is a special edition, it came with a rare interior trim the same as the Pirelli coupe so I’ve kept the original seats and carpet as they’re in such good condition. However, there are a few small other touches on the inside that make it a nice place to be. 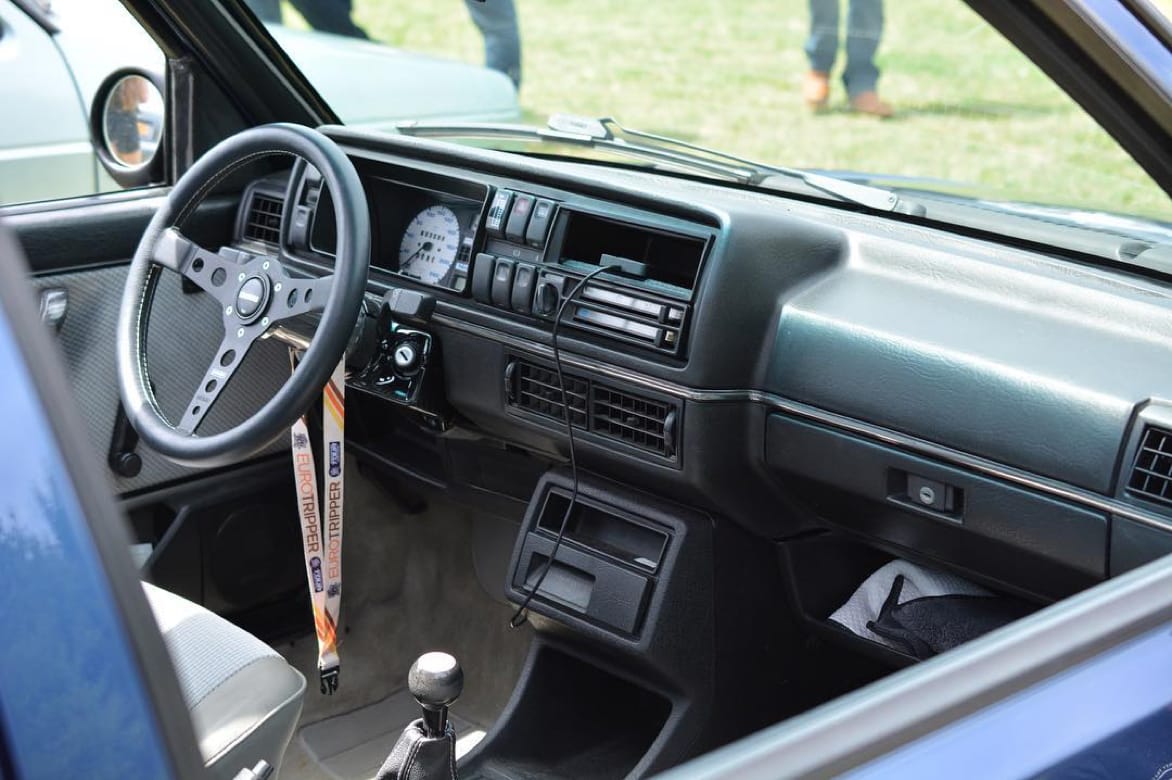 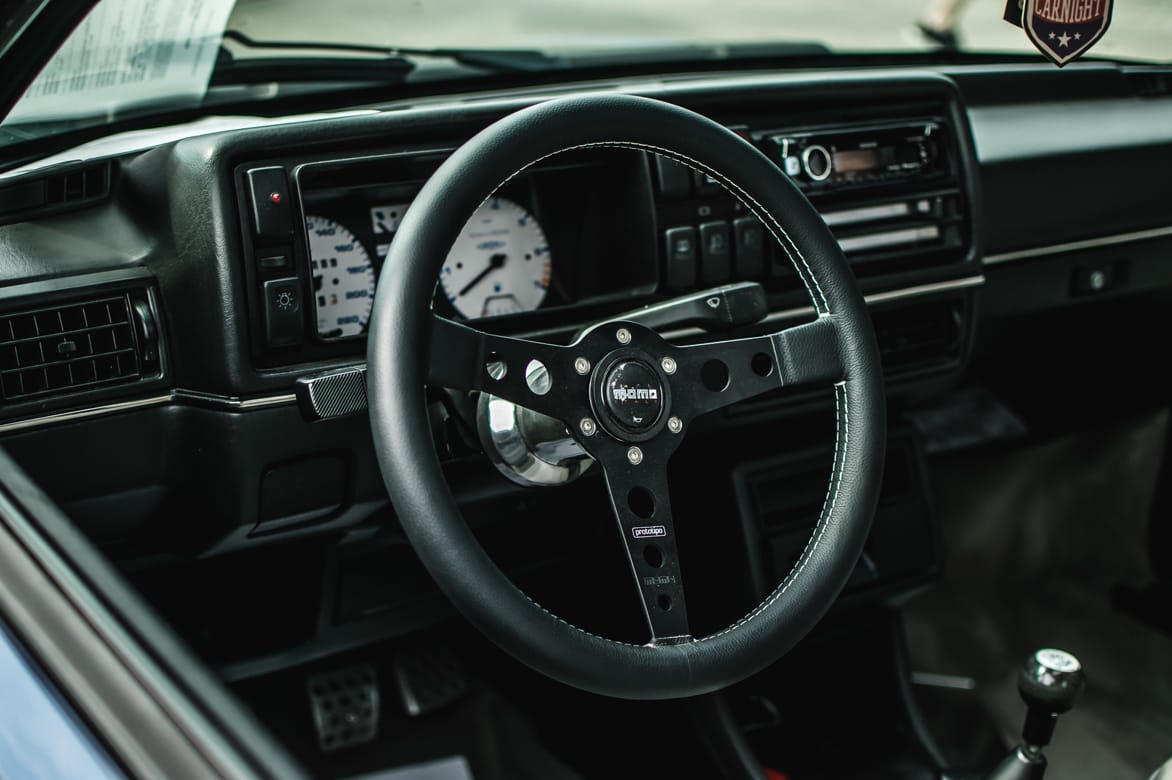 The controller for the 3P management is hidden under the dash in a cubby hole with easy access so I can still get to it when I need to but I think hiding it helps keep the interior more period correct and more subtle.

What’s next for your ride?

The project is never finished obviously, and this is really only the start of the car. My next project is to tidy and overhaul the engine bay then go through and powder coat everything underneath and replace every bushing possible so it’s all fresh underneath. 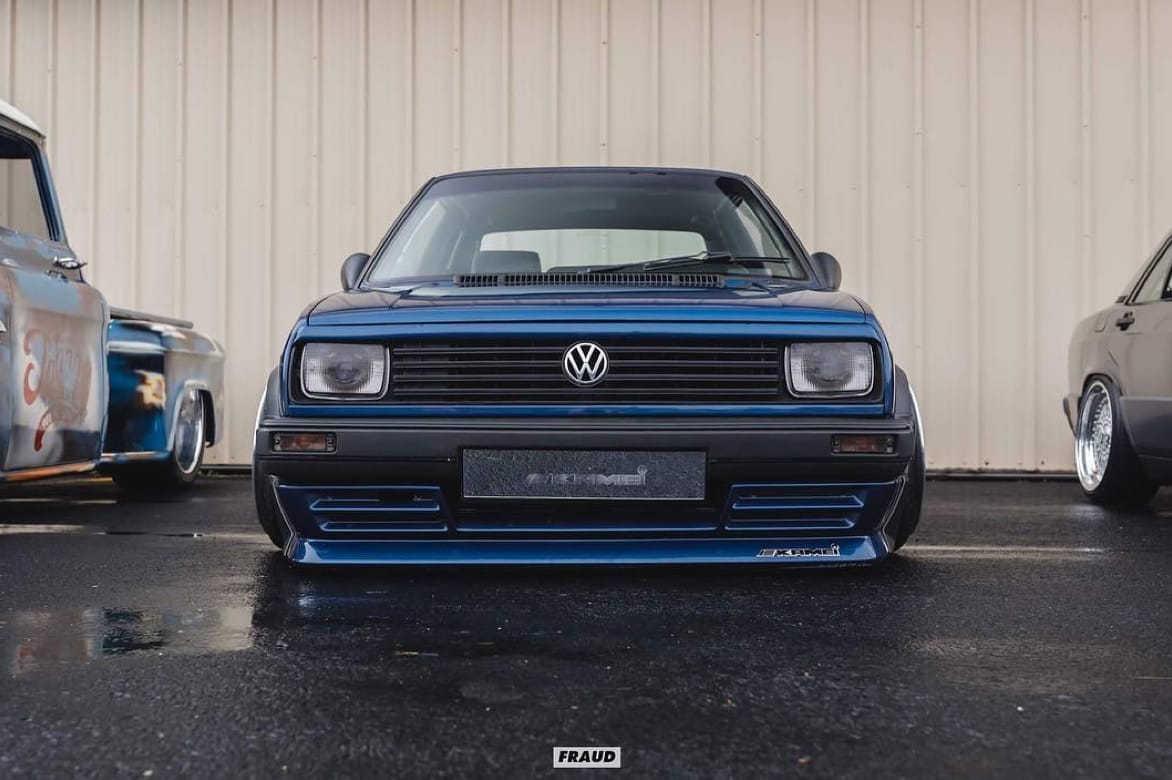 I plan to take the car to England with me for some shows but I’m not entirely sure when I can do that so we shall see about that.