The car was originally bought just to be a fun little run around weekend car. But one thing led to another and it ended up in for a full respray in its factory color, Pearl grey. Shortly after it was on a set of BSS RS’. It stayed like that for about a year then moved on to a set of 16” BBS RS’. 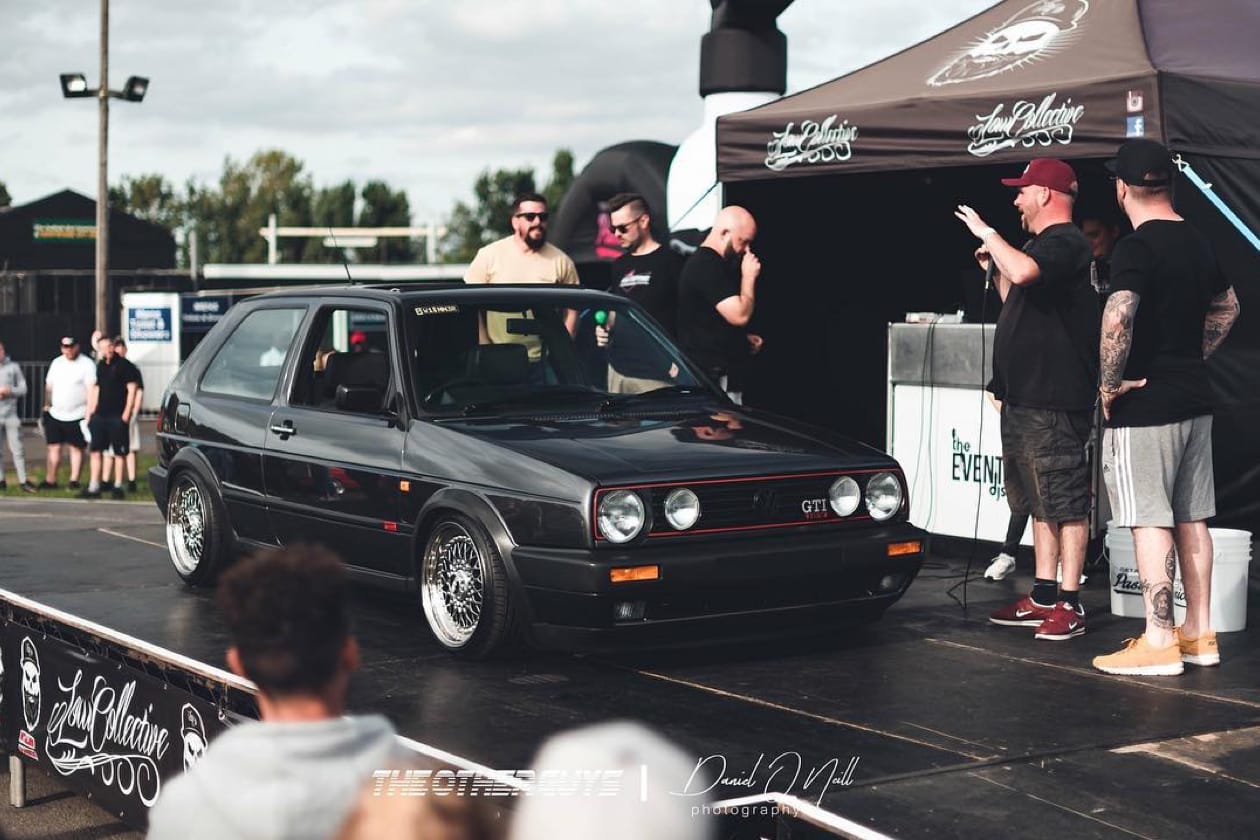 However, it has now spiraled out of control. It has an engine nut and bolt restoration, with the bay being painted and it’s now on its 3rd set of RS’.

So like I said, the car is sitting in 16” BBS RS and it was painted in its original color of Pearl Grey. 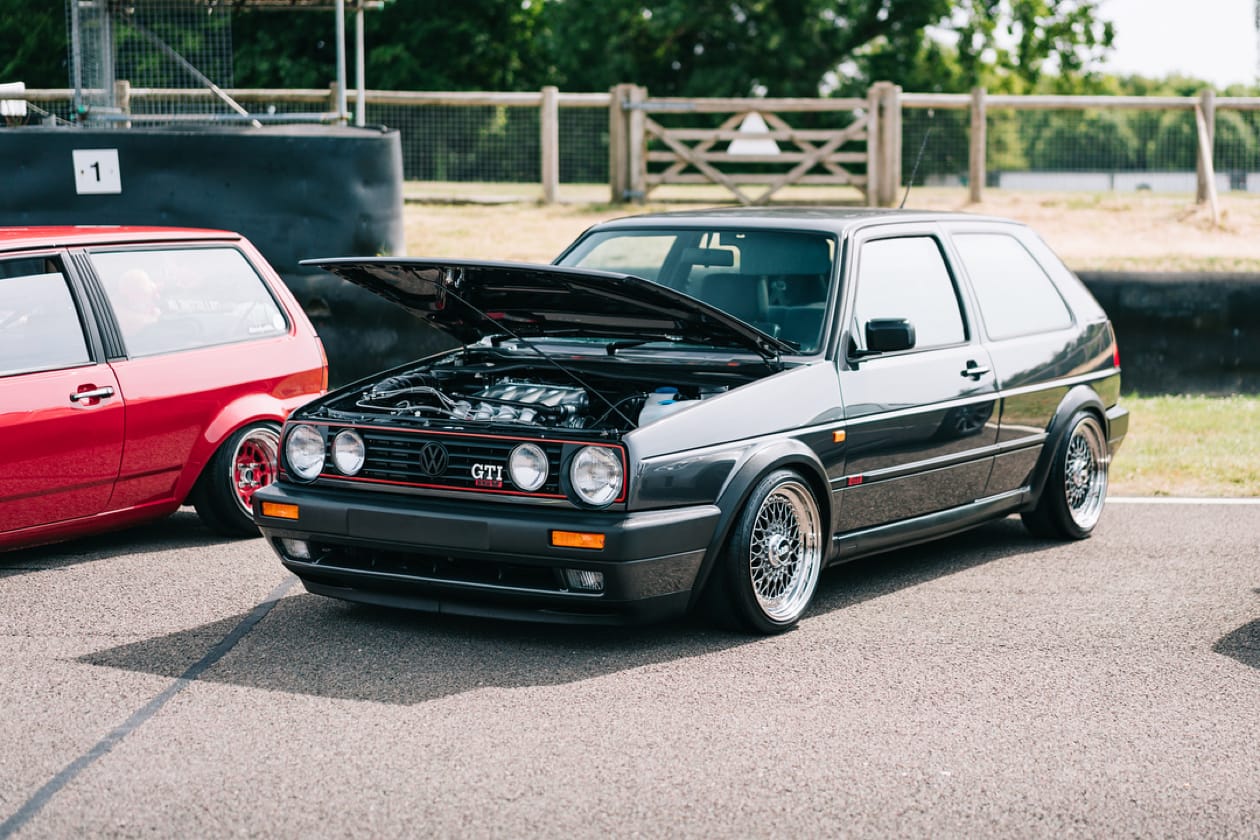 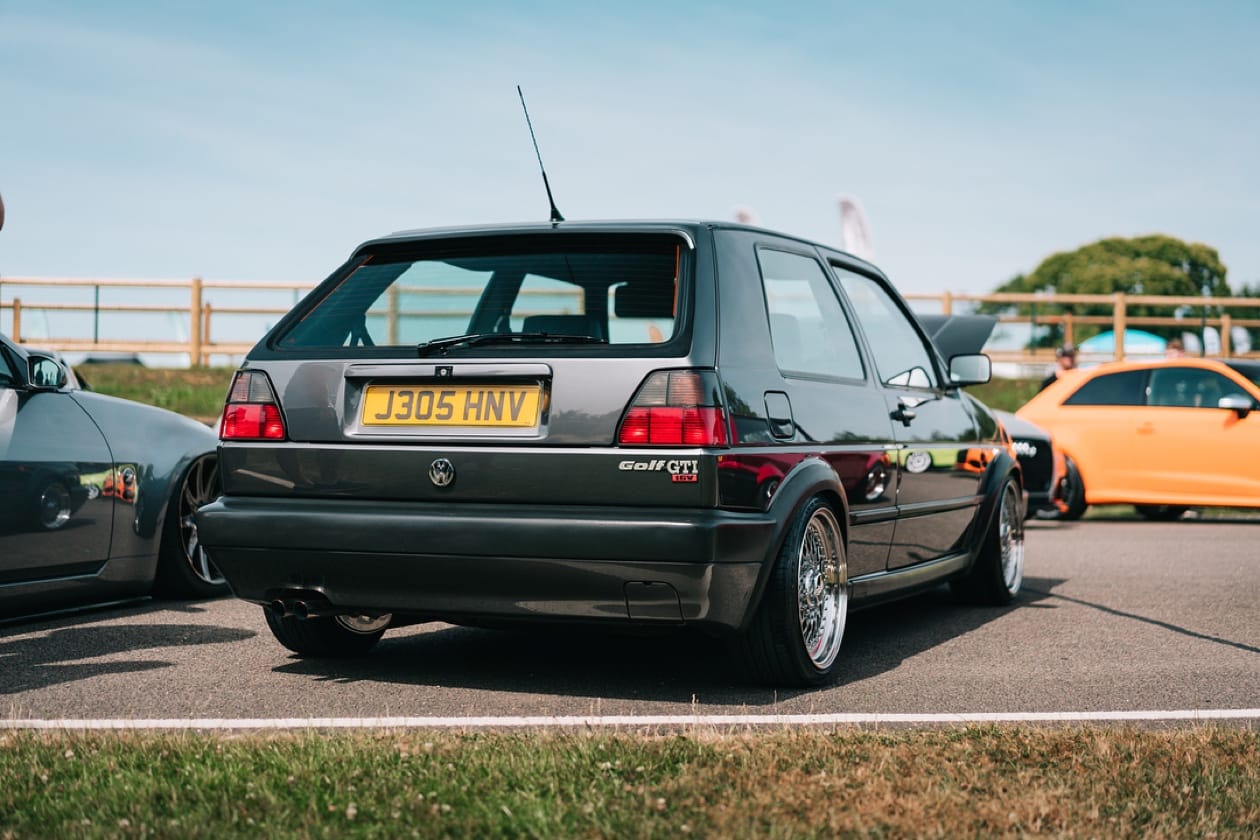 Kept all the OEM lights as I think the car just looks so right the way Volkswagen intended it to look (besides the wheels and lowering obviously). 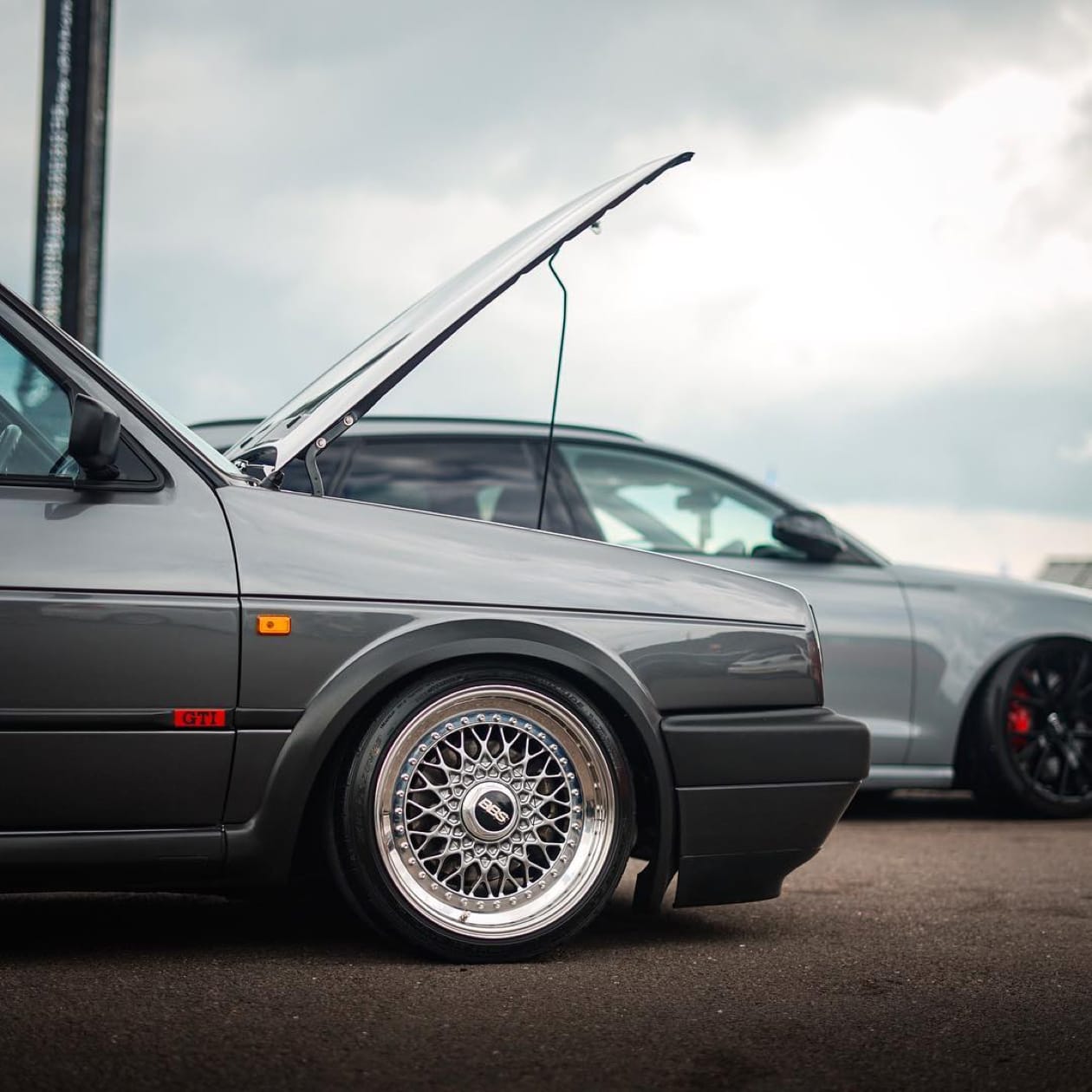 I’ve managed to source NOS front and rear bumpers for it to which was a real finding. I’m all about OEM+. 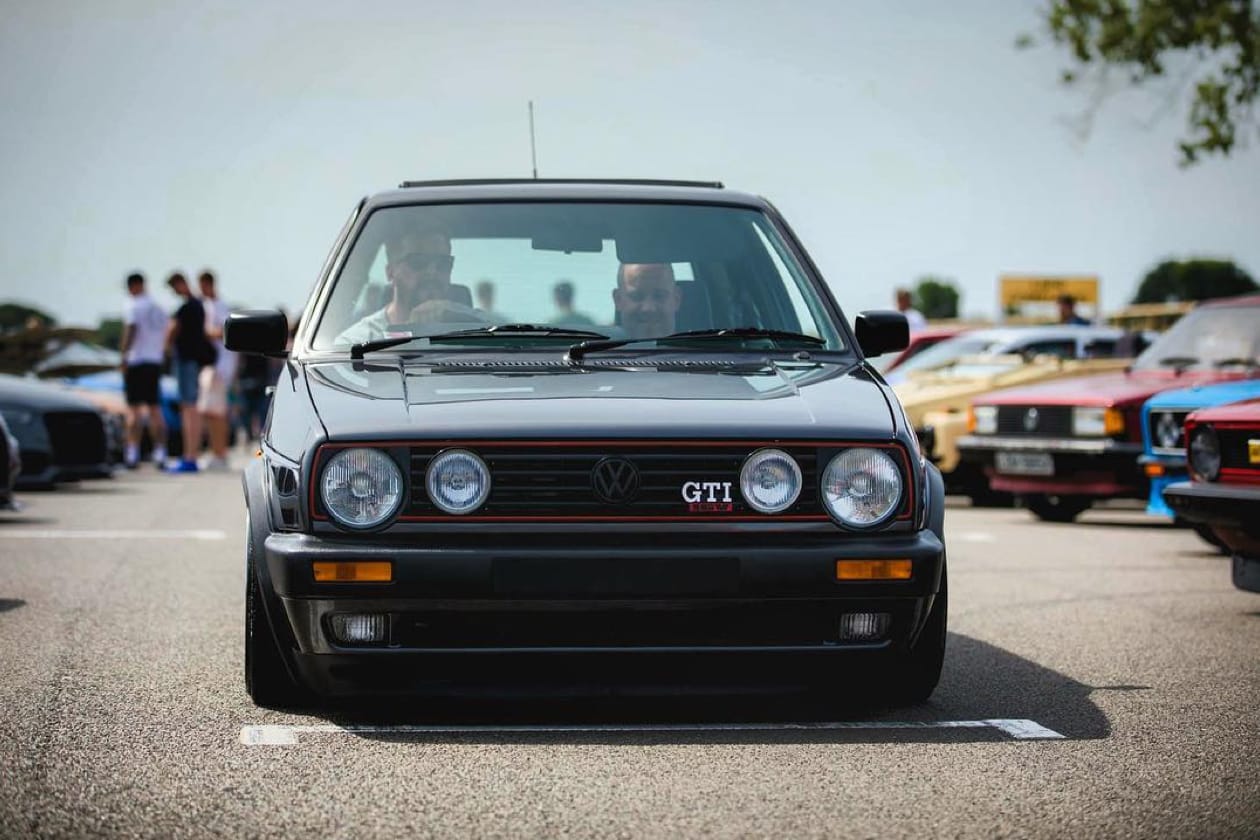 What about the engine?

Still running the original 1.8 16v engine which is just over 150k. The engine has been stripped, painted and rebuilt with all bolts and brackets being nickel plated. 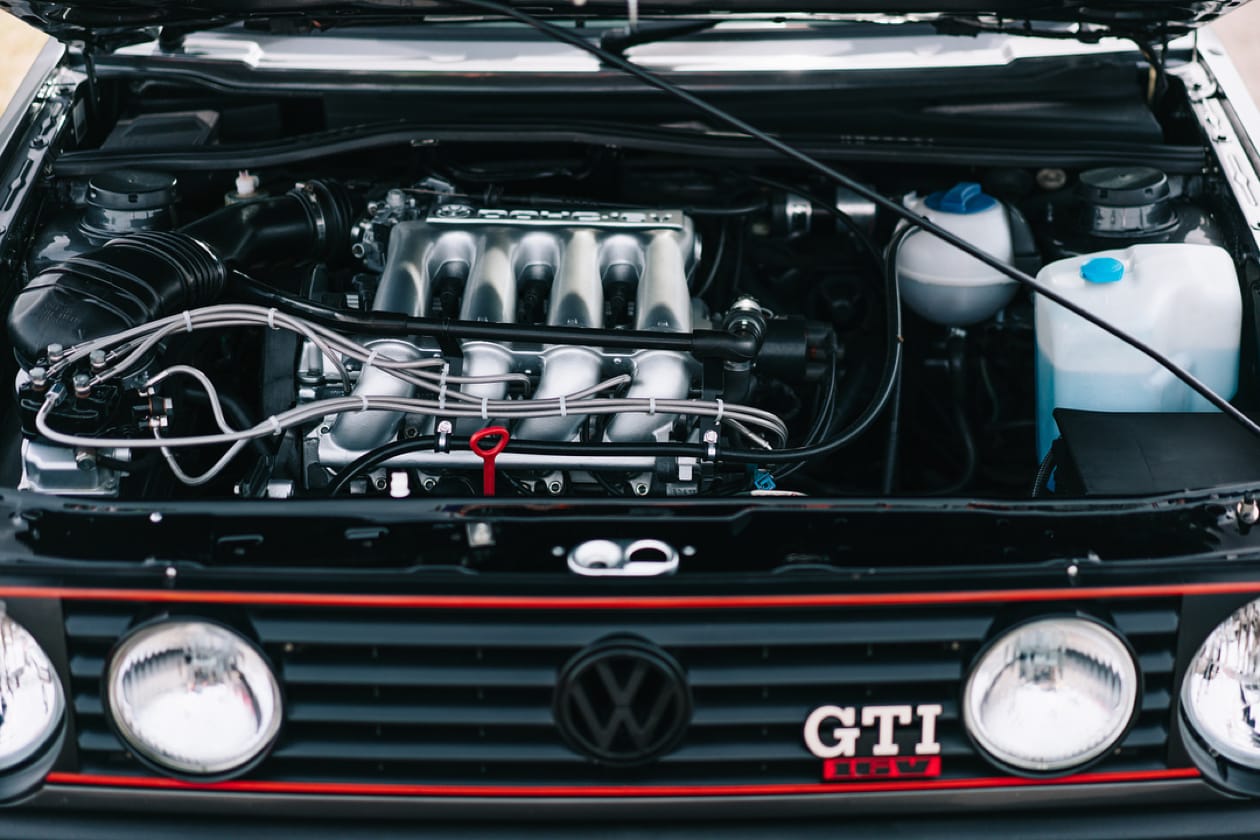 It went for a rolling road tune afterwards where it managed to return 152bhp which I was happy with!

There’s no fancy seats or steering wheels yet. I have a set of Mk3 Recaros waiting a retrim in rainbow material to continue with the OEM+ theme, but I haven’t got around them yet.

I have replaced the switches and the heater panel with some others that are back lit with LEDs, which gives a nice little touch.

To finish things up

Is a project car ever finished?

As mentioned above, I plan to have a pair of Mk3 Recaros retrimmed soon, but other than that, there are not many mods I plan on doing for now! 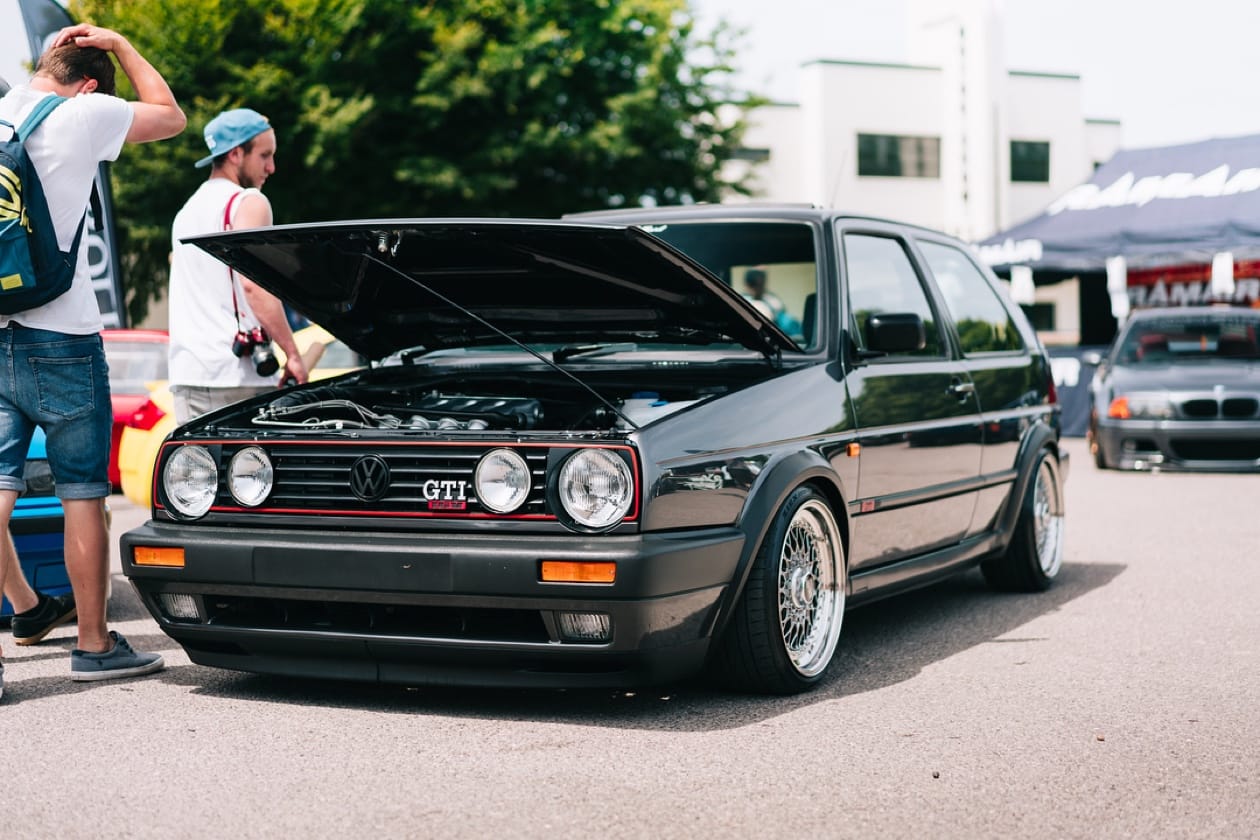 Since the writing of this feature, Gavin’s no longer the owner of this beauty, as it was sold to Brian McGinn (@mcginn_b on Instagram).

Huge thank you to Gavin for helping with this feature, hope you enjoyed it!