This is Jordan, an hobbyist photographer from the UK who started out taking pictures of the Moon at a very young age.

How/why did you start taking pictures?

That’s bit of a story, really

Going back years and years ago now (I must’ve been around the age of 10 or so) I was on holiday with my dad in the Costa Del Sol and he had this fascination of trying to capture a picture of the full moon at the harbour/docks. As far as I can recall, we walked down there nearly every night for him to try and capture this shot.

On one occasion, I remember asking if I could have a go (this was back in the days of using a Nikon Film SLR). I fired off one shot and ended up forgetting about it.

A week or so later we get home, get the film developed, and then collected the prints a few days later (before the days of 24 hour processing). Flicking through the pictures, we came across this one that stood out from the rest and he couldn’t recall taking it himself – that was because it was my shot! 😅

From that moment on, I think I’ve been hooked really!

Plus, I’ve always had this fascination with all things mechanical. From a young age I often took toys and consoles apart to see how they function, often times never being able to get them back together again 😂. And cameras/photography loosely fitted into this category for me, so it was kind of a natural interest as well.

Is this your profession, or just a hobby?

It’s mainly just a hobby for me, but I have done the odd paid-for shoot on the side. Otherwise it’s just freebies for close friends/ family, and the usual show coverage to keep my eye in it!

Do you specialize in automotive? Or do you also do other types of photography?

I gravitate mostly towards shooting automotive, as I especially prefer it over the likes of portrait or shooting people. It’s a hell of a lot easier to get a car to do what you want it to, over a person or a group of people, or at least that’s how I justify it to myself! 😅

But I do occasionally dabble in landscape, not as often as I’d like, truth be told!

Have you ever owned a MK2?

My first MK2 purchase was actually a “heart over head matter” to be honest, as I was intending to upgrade my photography equipment with the cash I spent on buying my first MK2!

I was toying with the idea of either upgrading my kit, or getting something a bit retro to play with. I originally enquired on a absolutely mint Volvo 240 GL Saloon I found on AutoTrader, that was way below the average asking price for condition, mileage, etc; but I think my call reminded them of what they had, and after a couple of back and forth phone calls, that was the last I heard and the ad disappeared from the marketplace 😢

Feeling a bit down, my friends started firing a few interesting and retro motors into the group chat that fitted the brief. After a few cars being posted, but nothing quite taking my fancy, the MK2 I currently own today was shown to me, and the rest is history! 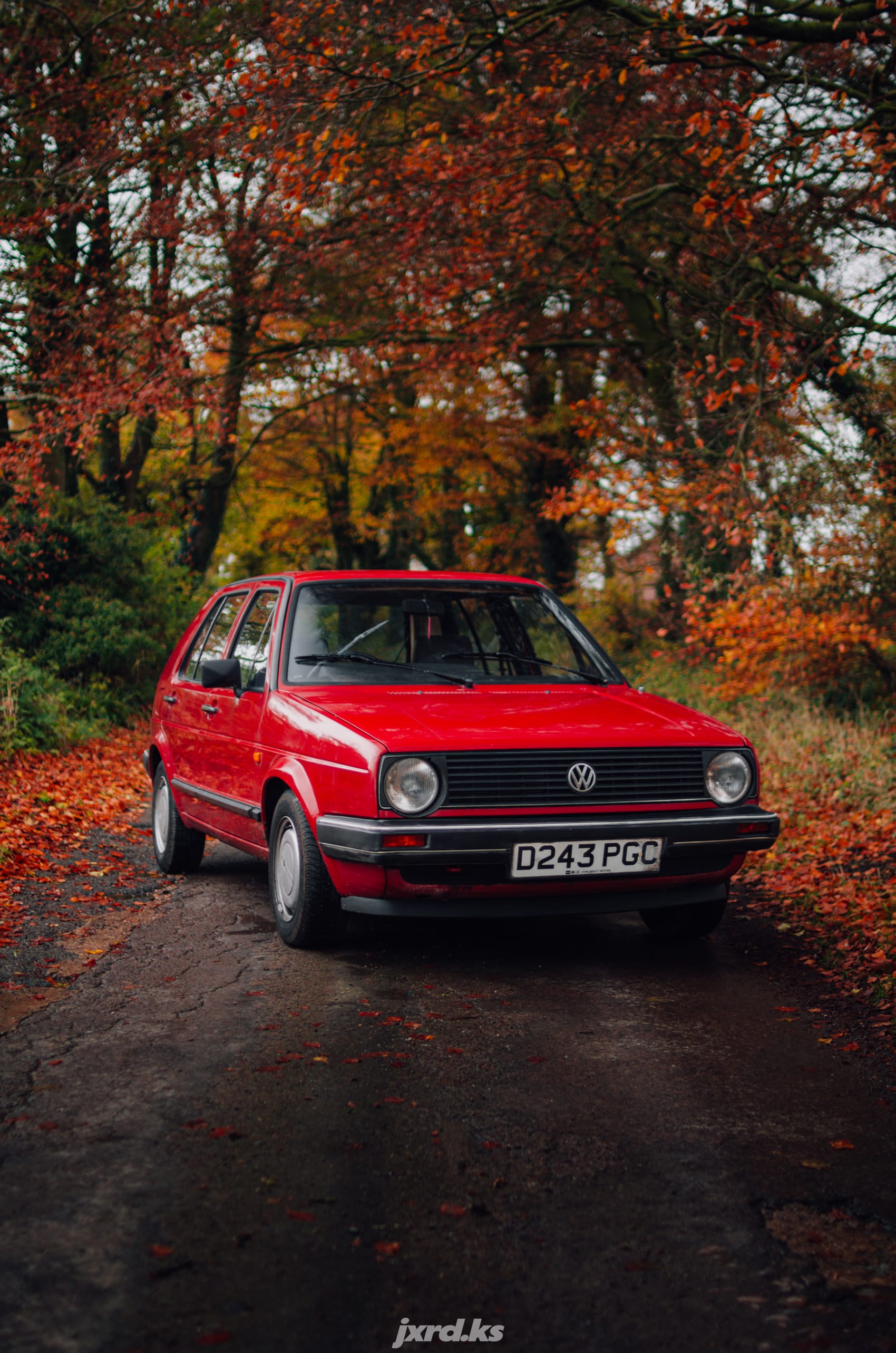 What gear do you use?

The kit I used could well be considered quite ‘pedestrian’ or basic to some; but at the end of the day, as one wise man (or woman) once said: “it’s not what you got, but how you use it that counts”, and it has served me relatively well so far 😄

I currently use a Nikon D5200, with my typical go-to lens of choice, being a Sigma 30mm F1.4 Art (equivalent to 45mm focal length in Full-Frame). I do have a small collection of other lenses in my arsenal, but they don’t get used all that often these days; the Sigma seldom gets removed from the body!

To help it along, I whack a CPL filter on the front - this is something which I’ve only just recently acquired, but it can help give your pictures that ‘something extra’, especially in harsh (day)light or when outside, which is most of the time for me!

I also very occasionally equip my ‘LEE Big Stopper’, which I like to consider my secret weapon at times. This is due to the fact that it has allowed me to produce shots that has left some people to ask “how did you do this man?!”, and adds just that little something extra, in those times that the situation warrants it. One of my personal favourite pictures of one of my own cars was produced by using this filter, just for reference.

The only times when my equipment can let me down or hinder what I’m trying to achieve, is in low light situations: where the cameras’ lack of being able to produce low noise at high(er) ISO becomes a problem. I do try to combat this with a use of a tripod, when the situation allows, but this isn’t always possible, or won’t allow me to be able to produce the type of shot or composition I’m after etc.

That being said, I have pulled off some very satisfactory, or possibly some of what I’d consider my best work, in low light situations.

It was great knowing your story! How can people reach out to you for work?

Please feel free to find me at @jxrd.ks on Instagram, or Trifecta Media on Facebook! It’s always throughly appreciated 😄

Anything you want to plug/promote?

I’d like to make a shoutout to the boys and girls over at KillerStance - myself and a group of other likeminded friends set up the group a fair few years ago, and if it wasn’t for the love of all things cars, most of us wouldn’t have even met!

Also keep an eye out for the builds the guys in the group have coming or have already been completed; there’s some interesting things on the horizon!

Or to get a taste for what there is already, feel free to go and check out @Max3.5’s multiple award-winning Mk3.5 Cabriolet; that he has almost singlehandedly reupholstered himself; all the way down to leather trimming the faces of his custom 3-Piece Porsche Cookie Cutter wheels! He also owns a Mk2 awaiting an engine transplant and a classic Beetle, because he’s a greedy git 😉

That, plus plenty more madness coming from us over at KillerStance soon - watch this space!